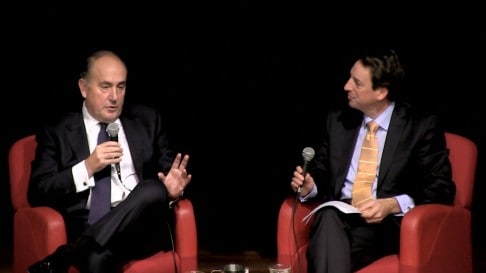 John Fraser was appointed Secretary to the Treasury effective 15 January 2015. John was Chairman and CEO of UBS Global Asset Management from late 2001 to 2013 based in London.  During this time, John was also a member of the UBS Group Executive Board and Chairman of UBS Saudi Arabia. Prior to joining UBS and its predecessor organisations in 1993, John served for over twenty years with the Australian Treasury including appointment as Deputy Secretary (Economic) and postings at the International Monetary Fund and as Minister (Economic) at the Australian Embassy in Washington DC.