Grattan Institute and the State Library of Queensland are proud to announce the launch of their State of Affairs seminar series in Brisbane.

Chronic disease is now the number one challenge for the Australian health system and it will grow as the population ages over the next quarter century. Three quarters of people over the age of 65 now have one or more chronic diseases including diabetes, heart disease and chronic respiratory disease. Ninety per cent of people die from chronic disease. Over $1 billion per year is spent just on planning and coordinating chronic disease management in general practice. But less than 50% of patients get recommended care and achieve optimal treatment outcomes and over $1 billion per year is spent on potentially avoidable hospital admissions for chronic disease. Why aren’t services and outcomes for chronic disease better? What can be done to improve them? This seminar addressed these questions and outlined proposals in the forthcoming Grattan report on Chronic Failure.

Professor Hal Swerissen is the visiting Health Program Fellow at Grattan Institute. Hal has an extensive and distinguished record of achievement in health policy research and analysis. He has held senior executive positions as Pro Vice Chancellor (Regional) and Executive Dean of Health Sciences at La Trobe University. He has been a senior advisor to Commonwealth and State governments and has conducted a range of policy and research studies and inquiries. He has published more than 100 academic papers and research reports. Information on Hal Swerissen’s academic publications are available on Google Scholar.

Professor Sabina Knight is the Director of the Mount Isa Centre for Rural and Remote Health, James Cook University (MICRRH) – one of a national network of eleven federally funded University Departments of Rural Health. An internationally recognised leader of remote health, Sabina has an extensive background in remote, rural and Indigenous primary health care. A rural woman originally from north west NSW she came to MICRRH from Central Australia and has held various remote health practice, senior management, policy and academic roles.

Jeff Cheverton is the Deputy CEO of Metro North Brisbane Medicare Local and prior to this served eight years as the CEO of Queensland Alliance for Mental Health. Jeff was a director of the Mental Health Council of Australia for seven years including as Deputy Chairman. He is a Graduate of the Australian Institute of Company Directors, and has served on many boards including Queensland Council of Social Service, Foresters Community Finance and QuIHN (Queensland Injectors’ Health Network). Jeff has more than twenty years’ experience in human services, working with diverse populations such as homeless young people, people with disability, public housing tenants, and people with mental illness.

Dr John Kastrissios is a GP who has a special interest in the management of cardiovascular disease, asthma, diabetes and mental health. John works as a GP supervisor for graduate registrars in training and for medical students in general practice placement. John is a current board member of the Metro South Hospital and Health Service board and of the Greater Metro South Brisbane Medicare Local, soon to be the Brisbane South Primary Health Network. John was a former member of the Queensland Clinical Senate, the National e-Health Transition Authority’s clinical leads and Queensland Health’s Clinical Informatics Steering Committee. John is a past chair of his Medicare Local, Division of GP and General Practice Queensland as well as former deputy chair of the Australian Medicare Local Alliance Board. In 2008 he received the John Aloizos Medal for outstanding individual contribution to the Australian General Practice Network. 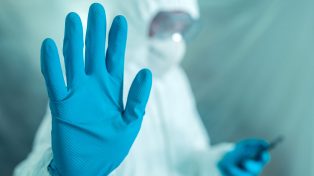 Published in The Age, March 13 2020 When a system is under stress – as our health services are now – cracks and strains become apparent that may otherwise have been easy to overlook. Australia'…