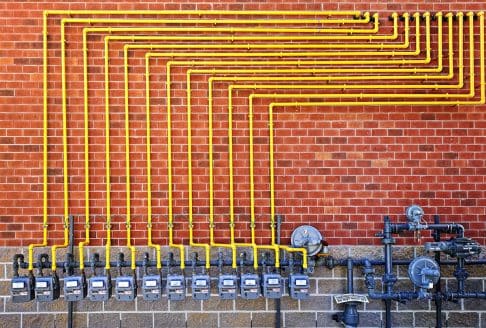 Lots of energy plans, but still no cohesive strategy

It has been a week of big policy announcements from the Morrison government focused on energy and climate change. While seeking to contribute to a recovery from the COVID-19 recession, many of the initiatives have been in gestation since before the pandemic. Some are well targeted; others are unlikely to achieve the results sought by the government.

The government has addressed four concerns. It inherited a problem with Australia’s liquid fuel security. It wants to see more gas supply and lower gas prices contribute to an increase in manufacturing. It remains unhappy with AGL closing the Liddell coal-fired power station in NSW in 2023-24. Finally, it has recognised the need for government to support early-stage technologies that will contribute to Australia’s low-emissions future.

Australia’s non-compliance with its international obligation to hold oil reserves, and concern about the low stockholdings of key transport fuels, needed to be addressed. Decisions to secure reserves in the US, partly fund domestic storage and impose minimum stockholding of diesel, are sensible and pragmatic. Only the government could realistically make such insurance-type decisions. However, the proposed subsidy of Australia’s remaining refineries to keep them open requires more scrutiny to avoid becoming a long-term financial burden.

Recent government actions to scrutinise and improve the operation of the domestic gas market have aligned with market dynamics to deliver lower wholesale prices. These should flow to domestic contracts. Yet the dream of a gas-led economic recovery is unlikely to be realised.

Gas costs have increased as supply has reduced; highly gas-intensive industries are important but limited in their economic impact; history suggests low prices are not the sole driver of investment decisions; and building major new gas infrastructure in a world looking to lower emissions is surely heading in the wrong direction.

Minister for Energy and Emissions Reduction Angus Taylor is correct in his view that gas is likely to play an important role in maintaining the reliability of electricity supply as the proportion of solar and wind power grows. How big this role is, and for how long it remains, will be decided by the future cost of gas-fired generation compared with storage and hydrogen. Projections such as those by the Australian Energy Market Operator show the share and volume of gas generation falling in the years ahead even as its role remains important.

There has been concern for some time about the market’s preparedness to invest in dispatchable generation to replace departing coal-fired power plants. To date, the market has worked without such investment. Prices did rise after the sudden closure of Victoria’s Hazelwood plant in 2017, but they have since fallen to pre-closure levels. Such is the way markets behave.

The government insists that 1000 megawatts of dispatchable capacity, preferably gas, needs to be committed by April 2021 to replace Liddell. Yet AEMO’s recent projections show only a 300MW supply/demand gap in NSW through this decade, and only if a high interim reliability measure is imposed. If a gap does exist and/or prices rise, the Retailer Reliability Obligation is designed to close the gap if industry commitments do not emerge. In this context the government’s action seems heavy-handed and more likely to add to market uncertainty.

The final announcements this week were an expansion of the roles of the Clean Energy Finance Corporation and the Australian Renewable Energy Agency. More important is significant new funding for the latter to support early-stage technology developments in areas where big gains are needed if we are to achieve a transition to low emissions. This is an eminently sensible initiative for an agency with a strong track record of disciplined funding of technologies.

The government has correctly judged that more subsidies are not the key to increasing the deployment of renewables. What is needed for renewables and all low-emission technologies is a clear emissions-reduction pathway to drive them efficiently.

It is hard to see a cohesive strategy in this week’s announcements. Maybe there is none. Several are well targeted and worthy of support. Yet none will contribute to a short-term economic boost. Those representing direct market intervention are likely to have a benign impact or worse – negative consequences for investor confidence.

A better, more strategic approach would have combined targeted actions on fuel supply and technology support with a comprehensive commitment to well-regulated markets, a recognition that a low-emissions future imposes constraints on future infrastructure and, most of all, clear direction on economy-wide climate change policy.