Why we need to elevate school reform 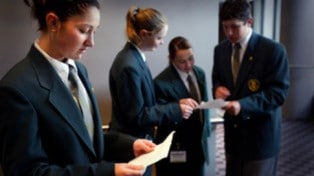 If the Gonski money is spent on improving student learning, it could transform our schools. Spent in the way we’ve spent school education money for the past decade it will be a complete waste. So fa…

Troubled schools can be transformed — here’s the evidence

Published by The Australian, Saturday 22 February 2014 In 2005 more than two-thirds of Year 7 to 11 students at Sunshine College in Melbourne’s western suburbs were reading at primary school leve…