State and Commonwealth Government budgets face considerable pressures. Revenues are being hit by slower economic growth and tax concessions introduced in better economic times. At the same time, spending in major areas such as health and welfare, particularly the Age Pension, are growing faster than GDP. And governments will need to find money to fund new policy initiatives such as the NDIS.

Budget repair efforts to date have focussed on reducing spending. But governments will not be able to restore budgets to balance without also boosting revenues.

Should the Commonwealth Government target superannuation tax concessions or let bracket creep do the work? Is there scope to reform the taxation of capital gains?
Should state governments push for a higher (or broader GST)? Or could they make better use of their existing tax bases? How do we ensure that any measures introduced are fair? 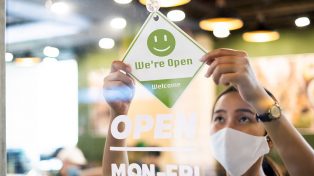 How Australia can recover from the COVID-19 crisis – Webinar recording

Grattan Institute · How Australia can recover from the COVID-19 crisis – Webinar recording COVID-19 is the biggest social and economic shock since World War II. Within two months, policies and sys…