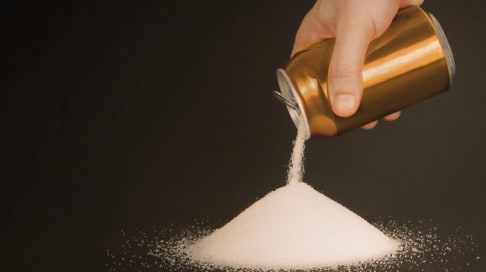 A sugary drinks tax: recovering the community costs of obesity Australia should introduce a tax on sugary drinks to recoup some of the costs of obesity to the community.

The best option is an excise tax of 40 cents per 100 grams of sugar, on all non-alcoholic, water-based drinks that contain added sugar.

Such a tax would increase the price of a two-litre bottle of soft drink by about 80 cents, raise about $500 million a year, and generate a fall of about 15 per cent in the consumption of sugar-sweetened beverages, as consumers switched to water and other drinks not subject to the new tax.

Obesity costs Australian taxpayers more than $5.3 billion a year. Obese people are more likely to go to doctors and be admitted to hospital more often than other people. They are also more likely to be unemployed and therefore paying less tax than the rest of the population.

These costs – more taxpayer dollars spent on healthcare and welfare, and less tax raised – are caused by obesity but borne by the entire community. The new tax would help redress that imbalance.

Obesity is rising dramatically in Australia: one in four adults are classified as obese, up from one in ten in the early 1980s, and about 7 per cent of children are obese.

A new tax is not a “silver bullet” solution to Australia’s obesity epidemic – that would require a suite of new policies and programs. But the proposed tax would encourage healthier lifestyles.

Consumption of sugary drinks needs to be reduced because most of them contain no nutritional benefit.

The many countries that already have or are planning to introduce a tax on soft drinks include France, Belgium, Hungary, Finland, Chile, the UK, Ireland, South Africa and parts of the United States.

The Australian government could use the $500 million a year raised by the proposed tax to reduce the budget deficit or boost healthcare funding, or the money could be spent on programs designed to treat obesity and promote healthy eating.

How the money is allocated is a debate for later. But Australia should introduce the tax now because it would reduce the number of people who become obese and ensure fewer taxpayer dollars have to be spent on the damage done by obesity.

Listen to a podcast of Stephen Duckett discussing the report