Australia’s energy sector faces major challenges in the shift towards a low emissions future. In the wake of several electricity system disruptions, and particularly the South Australian state-wide blackout in 2016, Australia’s Chief Scientist Dr Alan Finkel has chaired the Independent Review into the Future Security of the National Electricity Market. The breadth of submissions to the Finkel Review, and the ongoing public debate, both mark the community’s determination to help shape the future of our electricity sector.

This Energy Futures Seminar followed the release of the Final Report of the Finkel Review. Dr Finkel and a panel of experts discussed how Australia can respond to challenges that our electricity system faces. Dr Finkel outlined his blueprint for reform of the National Electricity Market, including recommended changes to policy, governance and market rules. This was followed by a discussion between our panel of experts and questions from the audience.

Sabra Lane has been covering federal politics in Canberra since 2008 and has been Chief Political Correspondent on nightly TV current affairs flagship 7.30 since September 2013. Prior to that she was Chief Political Correspondent for Radio Current Affairs from July 2011, leading federal politics coverage for AM, The World Today and PM. Before going to Canberra Sabra was a reporter for ABC Radio Current Affairs in Sydney, as well as regular fill-in Executive Producer on AM, The World Today and PM. Prior to joining the ABC she was EP of the Seven Network’s weekly national news and public affairs program Sunday Sunrise for more than four years. Sabra began her journalism career in 1989 in Adelaide as a reporter/producer for the Ten Network. Sabra will shortly be taking over as presenter of flagship ABC Radio Current Affairs program AM.

Dr Alan Finkel commenced as Australia’s Chief Scientist on 25 January 2016. He is Australia’s eighth Chief Scientist. Dr Finkel has an extensive science background as an entrepreneur, engineer, neuroscientist and educator. Prior to becoming Chief Scientist, he was the eighth Chancellor of Monash University and the eighth President of the Australian Academy of Technology and Engineering (ATSE). Dr Finkel was awarded his PhD in electrical engineering from Monash University and worked as a postdoctoral research fellow in neuroscience at the Australian National University. In 1983 he founded Axon Instruments, a California-based, ASX-listed company that made precision scientific instruments. After Axon was sold in 2004, Dr Finkel became a director of the acquiring company. In 2006, he focused his career in Australia and undertook a wide range of activities including co-founding Cosmos Magazine. During his time at ATSE, he led the development and implementation of the STELR program for secondary school science. 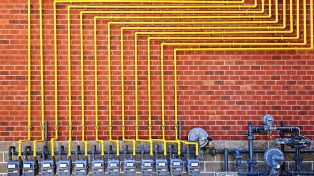