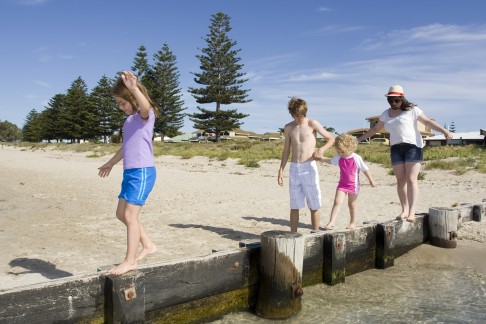 We’ve come to expect that each generation will be better off than their parents. But the world is changing.

Over the last decade, older households captured most of the growth in Australia’s wealth. Jobs have become less secure. And government spending on older people increased but their tax contributions decreased, leaving a growing tab for future taxpayers.

It’s time to decide what kind of future we want for this country, writes Jennifer Rayner in her forthcoming book, Generation Less: How Australia is Cheating the Young. Will young Australians enjoy the same opportunities to build stable, secure lives that their parents and grandparents had? Can we do right by the elderly without making second-class citizens of the young? As Grattan Institute’s Wealth of Generations report showed, there are policy changes that could make a difference.

In this Policy Pitch event at State Library Victoria, Jennifer Rayner, Professor Rod Maddock from Victoria University and Grattan Fellow Danielle Wood explore the emerging political and economic concerns around intergenerational inequality and what we should do about it.

Jennifer Rayner is the author of Generation Less: How Australia is Cheating the Young. She has worked as a federal political adviser, an international youth ambassador in Indonesia and a private sector consultant. Jennifer holds a PhD from the Australian National University.

Rodney Maddock is a curmudgeonly baby-boomer. His is also is an economist who has worked for the private sector, government and universities; and in a range of developed and developing countries. Most relevant to this event is his work as an economic historian including The Australian Economy in the Long Run (Cambridge University Press, 1987), his various papers on topics in Australian history (including on living standards and on distribution), and his involvement in the recent Cambridge Economic History of Australia (CUP 2014).