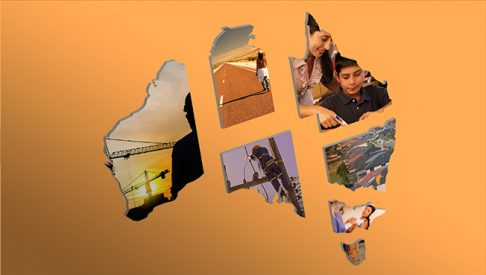 NSW Election 2019: Big ideas for the next government – Sydney

NSW voters goes to the polls next month, with the state budget under pressure as property prices fall, the state government in dispute with the Commonwealth over energy and climate-change policy, and parts of Sydney feeling the squeeze as the population booms. The opinion polls suggest it’s a tight race, but what are the big policy questions people should consider before they vote. And what should be the key priorities of the next government, whoever wins?

In this Forward Thinking event, Grattan Institute’s budget, energy, and transport and cities experts considered the issues in their policy area and nominate the choices that would really make a difference to NSW’s future. The discussion drew on Grattan’s State Orange Book, which identifies policy priorities for state and territory governments across the nation.

Marion Terrill is a leading policy analyst with experience that ranges from authoring parts of the 2010 Henry Tax Review to leading the design and development of the MyGov account. She has provided expert analysis and advice on labour market policy for the Commonwealth Government, the Business Council of Australia and at the Australian National University. She joined the Grattan Institute in April 2015 to establish the Transport Program, and has published on investment in transport infrastructure, cost overruns, value capture, congestion and discount rates