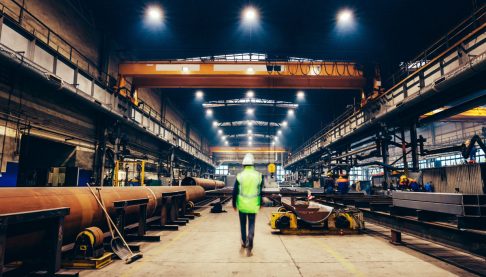 Australia continues to debate whether achieving very low or net zero emissions will cost jobs or open a new era for the country as an energy superpower.

In this Grattan Institute/ State Library of Queensland Webinar, Professor of Economics at The University of Melbourne, Ross Garnaut, CEO of Climate Works, Anna Skarbek, and Grattan Institute Energy Fellow, Guy Dundas, will explore the opportunities and barriers Australia will face in a low-emissions world. The discussion will be moderated by Grattan’s Tony Wood and each expert will bring a perspective informed by their recent published work. Please join this webinar that will provide the opportunity for an online Q&A session with the Panel.

Anna Skarbek is the CEO of ClimateWorks Australia, working to develop the low carbon economy. A former banker and green policy adviser, Anna has led ClimateWorks since its creation in 2009, analysing emissions reduction opportunities and partnering with business and government to unblock barriers to their implementation. ClimateWorks’ independent and non-partisan approach, co-founded by The Myer Foundation and Monash University, sees her working with multiple federal government departments as well as State governments and large corporates.

Professor Ross Garnaut is a Professorial Research Fellow in Economics at The University of Melbourne. He is the author of numerous publications in scholarly journals on international economics, public finance and economic development, particularly in relation to East Asia and the Southwest Pacific. Recent books include Forty Years of Reform and Development in China (2018) and Superpower: Australia’s low carbon opportunity, Black Inc., 2019. He is Distinguished Fellow of the Australian Economic Society, Distinguished Fellow of the Australian Agricultural and Resources Economic Society, Fellow of the Australia Academy of Social Sciences and Honorary Professor of the Chinese Academy of Social Sciences.

Guy Dundas is the Energy Fellow at Grattan Institute. He has over ten years’ experience in government and consulting, focusing primarily on how Australia’s energy sector will change in response to climate change policy. His past roles include working for the Australian Productivity Commission, the Climate Change Authority, Vivid Economics, ACIL Allen Consulting and various Australian Government departments. Guy has a Master of Environmental and Resource Economics from the Australian National University, and bachelor’s degrees in both Economics and Politics from the University of Adelaide.

Tony Wood has been Director of the Energy Program at Grattan Institute since 2011 after 14 years working at Origin Energy in senior executive roles. From 2009 to 2014 he was also Program Director of Clean Energy Projects at the Clinton Foundation, advising governments in the Asia-Pacific region on effective deployment of large-scale, low-emission energy technologies. In 2008, he was seconded to provide an industry perspective to the first Garnaut climate change review.