At this Grattan Institute/State Library of Victoria Policy Pitch event, a panel of experts discussed the proposal to charge drivers a fee to drive on the busiest roads at the busiest times. 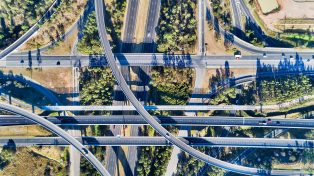 Published in John Menadue, 17 September 2020 It may be hard to be prepared for a pandemic, but it should surely be easier to prepare for the aftermath. Governments around the country have committed…