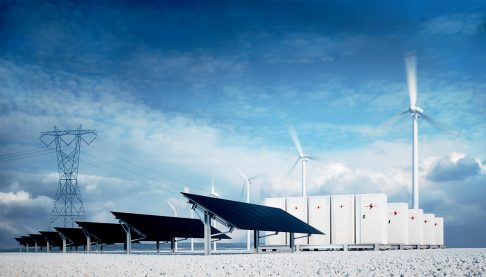 Australia can pull off the great electricity trifecta

Australia can achieve a net-zero carbon emissions electricity system without threatening affordability or reliability of supply, according to a new Grattan Institute report.

Go for net zero: a practical plan for reliable, affordable, low-emissions electricity debunks the myth that Australia needs to continue to rely on coal-fired power stations to keep electricity bills down.

But it also warns against a rush to 100 per cent renewable energy, because ensuring reliability would be costly – especially in the depths of winter in the southern states when electricity demand is high, solar supply is low, and persistent wind droughts are possible.

Grattan Institute developed an economic model of Australia’s National Electricity Market (NEM), finding that moving to a system with 70 per cent renewable energy – and closing about two-thirds of today’s coal-fired power plants – would not materially increase the cost of power but would dramatically reduce emissions.

The economic modelling suggests that moving to a system with 90 per cent renewable energy – and no coal – could also be reliable. But some additional costs – such as more generation, transmission, and storage – would be necessary to ensure supply when the wind isn’t blowing and the sun isn’t shining. Nonetheless, this would be a low-cost way to nearly eliminate emissions in the NEM, and offsetting any remaining emissions each year could well be the cheapest way to reach net zero.

‘This report is good news for Australia – it shows that we can make the historic transition to a low-emissions electricity system without the lights going out and without power bills skyrocketing,’ says lead author and Energy and Climate Change Program Director Tony Wood.

The report identifies gas generation with negative-emissions offsets as the lowest-cost ‘bridging’ technology until a zero-emissions alternative, such as hydrogen-fired generation, pumped hydro storage, or carbon capture and storage, becomes an economically competitive backstop.

‘Gas is likely to play the critical backup role, though not an expanded role,’ Mr Wood says. ‘Australia will make a gas-supported transition to a net-zero emissions electricity system – but not a “gas-led recovery” from the COVID recession.’

‘The scaremongers are wrong,’ Mr Wood says. ‘The analysis in our report shows that Australia can achieve the trifecta of reliable, affordable, low-emissions electricity — and we can do it without coal.