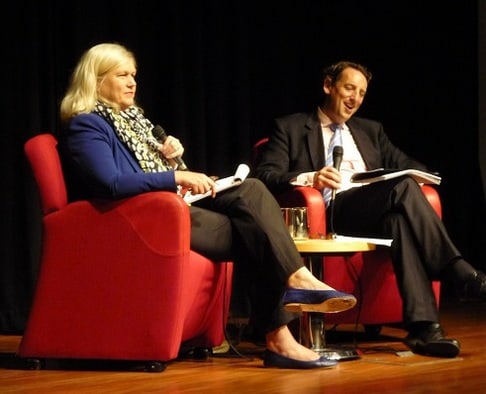 On Thursday 28 November, Grattan CEO John Daley and Professor Judith Sloan discussed Grattan’s report Balancing budgets: tough choices we need to make. The report lays out the options that Australian governments have to repair their budgets. It rigorously analyses how much the different choices might contribute to the budget, and what the social, distributional and economic consequences might be. Fixing our budgets will require tough choices between politically difficult options, and the report shows that some of the most commonly discussed proposals don’t actually raise much money. With the Abbott Government’s Commission of Audit now underway, this event was a great chance to hear more about what might really make a difference.

John Daley, Grattan’s CEO, is one of Australia’s leading public policy thinkers with 20 years experience in the public, private and university sectors. His current research and publishing interests include government prioritisation, the objectives of government, the situations in which government intervention is justified, and the limits to government. John has worked for ANZ and McKinsey in a career that also includes expertise in law, finance, education, and workers compensation. He graduated from the University of Oxford in 1999 with a DPhil in public law after completing an LLB (Hons) and a BSc from the University of Melbourne in 1990.

Professor Judith Sloan, Contributing Economics Editor at The Australian newspaper, is one of Australia’s best-known economists. Judith is a leading figure in academic and business circles and has extensive experience in both the public and private sectors. She is currently an Honorary Professorial Fellow at the Melbourne Institute of Applied Economic and Social Research at the University of Melbourne. She is also a member of the Westfield board and a director of the Lowy Institute for International Policy. She has also been a university professor, a commissioner on the Productivity Commission, deputy chair of the Australian Broadcasting Corporation and Commissioner of the Australian Fair Pay Commission. Over the years she has sat on several boards, including Santos, Mayne Group, SGIO Insurance and Primelife.