Read an op-ed published in The Australian

Read an op-ed published by The Drum 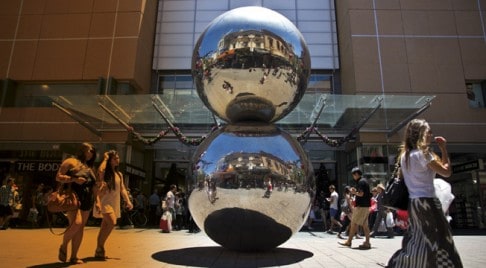 A reform package could add about $37 billion a year to Australian government budgets and help to tackle Australia’s growing budget crisis.

The package would broaden the GST to include fresh food and private spending on health and education, raise the age of access to superannuation and the Age Pension, remove the exemption of owner-occupied housing from the Age Pension assets test, and limit tax concessions on superannuation deposits.

It is one option governments have to tackle potential deficits of $60 billion a year in today’s dollars – or up to 4 per cent of GDP – by 2023.

Governments cannot put off tough choices indefinitely without imposing heavy costs on the next generation. Australia needs leaders prepared to make brave decisions to raise taxes and cut expenditure, and to explain to the public why budget repair is essential.

The budget squeeze comes from rising health costs, likely pressure on welfare spending, an inevitable fall in the terms of trade, and the propensity of governments to introduce big-ticket initiatives such as paid parental leave, new school funding and the National Disability Insurance Scheme.

This report examines all realistic reforms that would contribute $2 billion a year or more to government budgets. It favours reforms that are big enough to make a difference, do not produce unacceptable economic and social effects, and spread the burden of reform across the community. Sharing the pain is not only fair, it makes change easier to sell to the public.

The report also finds areas of potential reform – including cuts to the public service and so-called middle-class welfare — that would make far less difference to government budgets than is commonly believed.

Politicians will have most success if they make tough choices early in a government’s term, make the case publicly, and use any commission of audit as a buttress rather than a driver of change. None of these budget choices will be easy, but making them is vital to Australia’s long-term prosperity.

Read an op-ed published in The Australian

Read an op-ed published by The Drum