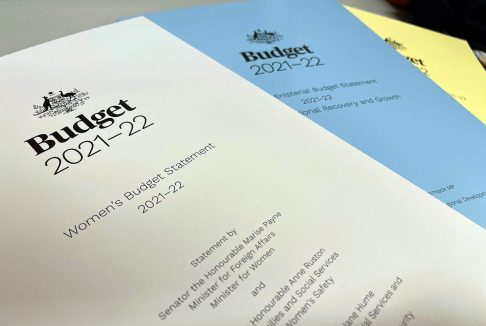 A boring budget? Don’t believe it

Some are calling this a boring budget. I think that is far from the truth.

Yes, most of the big-ticket items were strategically dripped out in the lead-up, but it’s not until the budget is seen as a whole that you get a sense of just how big the shift has been for the Coalition.

When the Treasurer said he wanted to use the budget to drive unemployment down until it has a ‘four in front of it’, he meant it.

Fiscal fortunes have recovered to the tune of more than $104 billion since December. Most of this was straight out the door. The Government on Tuesday night announced more than $68 billion in additional spending and $28 billion in tax cuts to be delivered over the next four years.

‘Back in the black’ is a distant memory.

Fiscal policy is now the main game for driving the recovery. And even despite the spend, net debt is forecast to stabilise and then start coming down as a share of the economy over the next decade.

The other major shift is in what the Government is choosing to spend on. Yes, the perennial infrastructure investment and business investment incentives feature again. But the big shift is the investment in social spending.

Significant measures were announced for aged care, mental health, childcare, and women’s safety. They are much needed – the pandemic laid bare the deep structural problems in these sectors.

But even in these areas, the budget investment falls well short of what experts have estimated is needed for wholesale or transformative change to the way these services are delivered.

So while we shouldn’t underplay how much has shifted with this budget, if the Government wants to be even more bold in building back better, there’s still plenty more room to move.