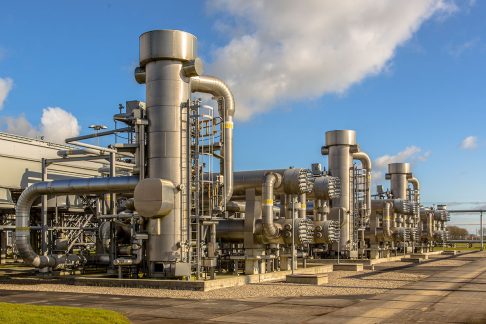 The Australian government made a rod for its own back with the concept of a post-COVID economic stimulus. Some good ideas with immediate and long-term benefits have been flushed out. Yet they can be overwhelmed by vague thinking, vested interests, and rent-seekers.

There are no clearer examples than the calls for a gas-led or a green-led recovery grounded in the possibility of a renaissance of Australian manufacturing.

Creating sustainable, well-paid jobs based on Australia’s natural resources is hardly a bad idea. It gains greater credibility when linked to claims that Australians would be suffering less if we had Australian manufacturing capabilities for goods essential to the health system’s pandemic response.

Yet conflating fertiliser plants and wind farms with face masks and ventilators seems a stretch. The challenge for the government is to apply a strategic rationale to its economic stimulus decisions.

Over the past few months, we have heard much about the need for a gas-based recovery, pushed by the manufacturing taskforce of the National COVID-19 Coordination Commission and embraced, at least in part, by Energy Minister Angus Taylor and the Prime Minister.

There was a leaked report from the taskforce that proposes government support for gas producers, gas customers, and gas pipelines – let’s subsidise our way out. This approach emerged despite much of the gas industry questioning the credibility of a return to cheap gas – that is, as low as $4 per gigajoule. Nor is it clear why this would lead to a manufacturing boom when it never did in the past, and doesn’t today in Western Australia, where gas is already about that price.

We haven’t seen the official recommendations of the NCCC, although on Tuesday its chairman, Nev Power, confirmed recommendations for public support of gas infrastructure. Scott Morrison has referred to pending decisions, and the industry is waiting with a mixture of anticipation and trepidation.

Several of the leaked report’s recommendations are sensible: highly questionable restrictions on domestic gas supply should be sorted out; pipeline economic regulations could be tightened; and regulatory pressure from the Australian Competition and Consumer Commission on domestic predatory pricing should be maintained.

But then, the gas market should be allowed to work. For example, a stable, credible policy framework will provide the right signals for new investment in electricity supply such as gas-fired generation of dispatchable capacity. Government funding of generation or storage does the opposite.

Proposals to ban gas developments such as the Narrabri project in NSW are equally bad ideas. Picking losers is not much better as a mug’s game than picking winners. Far better to allow private sector proponents to manage investment decisions in the knowledge that carbon risks ultimately rest with them.

Alongside the gas story there are widespread calls for a green or renewables-based recovery. Yet a blanket approach to simply deploy more renewable electricity is likely to result in a large waste of public funds at a time when such funds will be in short supply.

Three strategic principles should be applied in the context of a government-funded economic stimulus.

First, any government support should be for investments that make economic sense in a low-emissions future. An example would be the widespread adoption of smart meters.

Second, public funding should not support investments that are inconsistent with such a future. An example would be coal-fired power plants.

And third, government decision makers must consider the unintended consequences of expanding supply of intermittent electricity technologies in a market already fully supplied.

In general, the best role of government is to reduce or eliminate barriers to economically efficient decisions by investors. Unclear energy/climate change policy, direct government intervention in the electricity market and early-mover technology risks are the biggest such barriers. They should be removed.

Governments should step up their work on transmission planning and investment because this sits alongside the absence of a clear emissions-reduction policy as a barrier to greater deployment of large-scale renewable energy projects.

Government support for renewables-based manufacturing based on competitive advantage in a low-emissions world is consistent with these principles. An example is for Australia to become a source of “green steel” as we described in Grattan’s recent report, Start with steel. There will be others.

Few areas in the energy sector justify immediate funding based on a short-term stimulus for economy activity and jobs. There will be more urgent priorities. Gas “because it’s gas”, or green “because it’s green”, are likely to lead to bad outcomes.

Policies that support investment in technologies and activities that make economic sense in a low-emissions world are a vastly different proposition. We should consciously choose the latter.