A simple and immediate fix for schools funding - Grattan Institute

A simple and immediate fix for schools funding 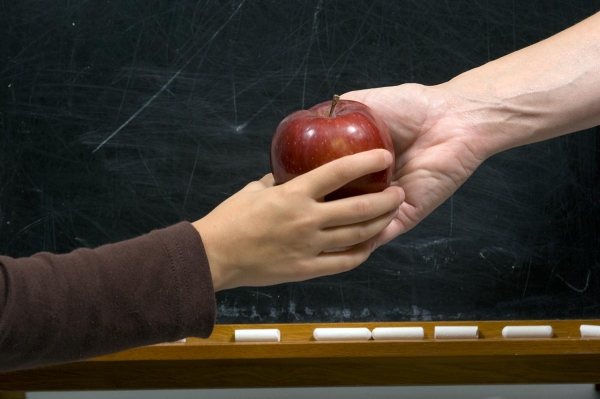 For years – decades – Australians have argued over the best and fairest way to fund our schools. It is one of our most contentious policy issues, and most politicians would rather leave it alone. But our current economic circumstances have created an unprecedented opportunity to fix school funding without blowing the budget.

Historically low inflation, and therefore low wage growth that is likely to persist for years, shape this opportunity. They mean that school funding indexation, legislated at 3.0 to 4 .7 per cent per year, is now far too high.

Reducing funding growth to match wage growth would open up significant funds for desperately needed education reforms. The 2013 Education Act legislates the indexation and so commits the Commonwealth to spending an estimated $7 billion above wages growth over four years. The savings can pay for needs-based funding and improve both teaching quality and the budget bottom line.

This approach would not reduce overall funding in real terms relative to today. Aligning funding increases to wage growth is sensible policy in the national interest. Freed up funds can be better used, including in schools that are underfunded at present. But this reform will only happen if both main parties abandon mistaken ideas.

Labor is still arguing for indexation rates that are too expensive. Coalition policy is to reduce indexation, but in a way that fails to solve existing problems and creates new ones. States are blaming the Commonwealth for funding cuts, even while some are doing the same thing.

Meanwhile, some schools are excellent but Australia’s education outcomes continue to stagnate, and disparities among schools are growing. Bright students in disadvantaged schools make two and a half years less progress in NAPLAN than their peers in more advantaged ones. The gap hurts their life chances and Australia’s future productivity and economic growth.

A new school funding agreement must be negotiated for 2018 and beyond. The Education Council of federal and state education ministers meets tomorrow to start discussions. No doubt they will debate the formulas that underpin needs-based funding, but the decisions on indexation rates will drive the big dollars.

A compromise proposal that can attract broad political and educational support is needed to end the trench warfare of government school funding negotiations. Changing school indexation rates can free up money for two vital reforms. One is proper needs-based funding, the other is workforce reforms that invest in our best teachers. And all of this within the Coalition’s 2016 budget envelope, which saves $1 billion over four years relative to funding increases that are currently legislated.

The big winners would be schools that are currently under-funded. They would receive their full needs-based funding by 2022, provided it is invested effectively to meet educational need.

This would overturn the idea that no school will lose a real dollar. But former prime minister Julia Gillard’s promise, designed to counter claims that Labor had a hit list of private schools, can no longer be justified. Some schools will balk at this idea. But with inflation so low, they won’t lose much. And, since all schools will lose funding in real terms under current Coalition policies after 2021, currently over-funded schools should be willing to accept a sensible compromise that will solve real budgetary and educational problems.

All schools would also benefit if 10-15 per cent of the savings were used to create two new teaching roles. The first new role would be the creation of subject specialists who develop other teachers within their school. The second establishes master teachers who would work across schools to spread best practice.

The absence of these specialist knowledge roles is a real gap in our workforce structures. In time, these expert teachers would become one of our biggest assets, just as expert senior practitioners are in other professions. The higher salaries paid for these new positions will send a signal from all governments that the country values expertise in teaching. In time, they will lift the status of teaching as a profession.

Such a compromise is not easy. But the window for change is finally open. Our political leaders should take the nation through it.