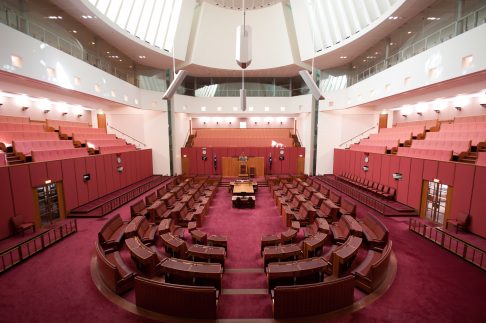 Published by the The Age, Sunday 10 November

Australia’s politicians may have barely recovered from the 2019 election campaign, but now is the time for them to start preparing for 2022. We’re not talking about door-knocking, raffles at the local bowls club, or perfecting their sausage-eating skills. Parliament should be talking about democratic reforms.

Satisfaction with democracy – and our politicians – is at an all-time low. Australians are particularly suspicious that people in government serve themselves and their mates, rather than the public interest.

A whopping 74 per cent of Australians think that ‘people in government look after themselves’, and more than half say ‘government is run for a few big interests’, according to the Australian Election Study.

Australians are concerned that money can buy policy. And our politicians should be too.

Grattan Institute research has shown that many of the risk factors for policy capture by special interests are present in our system: our political parties rely heavily on major donors; money can buy access, relationships, and political connections; and there’s a lack of transparency in dealings between policymakers and special interests.

The best way to reduce the influence of money in politics is to make donations less valuable. Political parties chase donations because they want to spread their message far and wide – or at least further and wider than their opponents.

Limiting the amount of money parties can spend during an election campaign would reduce the ‘arms race’ for donations. Capping spending means that any individual donor becomes replaceable – and ultimately reduces parties’ reliance on major donors. If parties had less incentive to sell access to donors, senior politicians would have more time to do their jobs instead of chasing dollars.

Capping campaign spending was top of the wish list in a 2018 survey of Australians’ support for various democratic reforms, run by the Democracy 2025 research group.

So if politicians and the public are in furious agreement, why haven’t we seen action yet?

These challenges are real, but they can be overcome. NSW, South Australia, and the ACT already have caps on political expenditure during election campaigns, as does Tasmania’s Legislative Council. The Queensland Premier recently announced that caps will be introduced in time for the 2020 state election. Most OECD countries have spending limits on political parties and/or candidates. And in the UK, political TV advertisements are banned.

We propose limiting political-party and third-party advertising during election campaigns in Australia, but not restricting political expression through other channels, or at other times. Focusing on the advertising spend captures the big dollars and makes monitoring and enforcement more manageable.

As a democratic bonus, limiting paid advertising may encourage political parties to use communication channels that are more conducive to deeper discussion and the interrogation of ideas, such as political debates and interviews. It is not obvious that Clive Palmer’s $60 million advertising blitz, or the ‘death taxes’ and ‘Mediscare’ advertising campaigns in recent elections, added much to Australian democracy.

In a three-year electoral cycle, there’s not much time between elections to debate new ideas and lay the groundwork for democratic reforms. Capping campaign spending is the magic combination of good politics and good policy – and the window of opportunity is now. 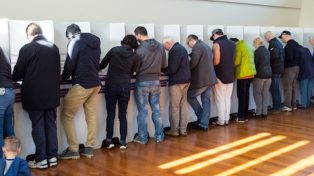 Self-interest didn’t swing the election results, but the scare campaign did

Published by The Guardian, Thursday 23 May As Labor’s shock defeat crystallised on Saturday night, it didn’t take long for commentators to draw parallels with the unlosable 1993 election. Once…