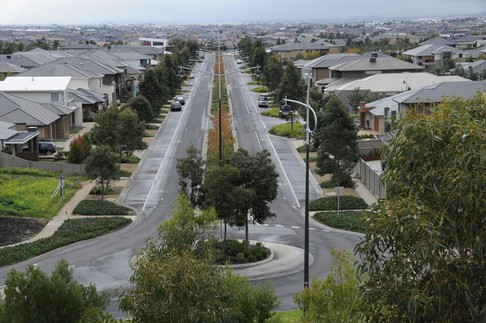 Across the great divide – a tale of two Melbournes

Published by The Age, Monday 2 March

Charles Dickens wrote his novel, A Tale of Two Cities, about London and Paris. A writer with similar ambitions today could easily stay in one city and write a tale of two Melbournes.

In one city, people live within 10 kilometres of the city centre, where there is almost one job for every resident, and public transport is close by and comes fairly frequently. This experience led The Economist to crown Melbourne the world’s most liveable city.

The inner suburbs, which from 2006 have soaked up more than two-thirds of the city’s employment growth, stand in stark contrast to the Melbourne more than 20 kilometres from the city centre.

These suburbs beyond Broadmeadows, Laverton, Springvale and Glen Waverley have just three jobs for every 10 residents. Outer suburban jobs also pay much less: across the nation, an average of $56,000 a year compared to $77,000 for those near the centre.

Yet today almost half of Melbourne’s population lives more than 20 kilometres from the city centre. And it is this outer Melbourne where most population growth is occurring. The increasing separation between jobs and people in our large cities is Australia’s great new divide, as a new book from the Grattan Institute, City Limits, reveals.

Distance from a good choice of jobs forces too many city residents into tough compromises. The pressure is acute in the outer suburbs, where residents spend 20 per cent longer commuting than people in the inner city. This is time not spent relaxing or with loved ones. Not surprisingly, people who spend more hours behind the wheel say they are less satisfied with their lives than people with shorter commutes.

Some outer suburban households find it impossible to hold down two jobs and raise children. In outer suburbs to the west, north and south-east of Melbourne, women’s workforce participation is more than 20 per cent below that of men. Often families have not chosen this life: a poorly connected city has forced it upon them. By contrast, there is little difference in male and female workforce participation in inner and middle suburbs such as Yarraville, Preston and Bentleigh.

Travel costs also strain household budgets; only housing and food are bigger expenses. Cars represent by far the largest part of travel costs. The further a household lives from the city centre the more cars it is likely to own, since there is usually no other way to get around.

More and better public transport would make a big difference to many people in the outer suburbs. It would also take the load off increasingly congested roads in inner suburban employment centres. But transport is not a panacea, and building more roads or train tracks is very expensive.

The most important thing governments can do is give people more opportunities to make the housing choices they would like to make.

Most new housing being built in Melbourne is either detached houses in outer suburbs or high-rise apartments in and around the CBD. Obviously, many people want to live in these housing types and locations, so it’s good that they can.

But many other households would be happy to trade off a smaller home for a more convenient location. They might want to live near other family members, stay connected to the community they grew up in, improve their access to jobs, or have a shorter commute. Grattan Institute research has found there are many people who would prefer to live in inner and middle suburbs of Melbourne, in semi-detached homes such as townhouses, or in flats in low-rise buildings.

At the moment, there are few opportunities to make these choices. It’s too hard and too costly to build more homes in places with good access to jobs. This contributes to rising house prices that put home ownership, or living near employment centres, out of reach for growing numbers of Melburnians.

Governments need to make it much easier to build new homes in inner and middle suburbs – especially the kinds of townhouses, units, terraces and low-rise flats many people have indicated they would like to live in.

The incredibly convoluted set of bureaucratic rules and processes involved in getting permission to build new homes would be a good place to start. The interests of existing residents and newcomers to established suburbs can be resolved. The cost, delay and complexity of current arrangements are widening the divide in Melbourne and leaving many residents with poorer lives. Governments can and must do better.