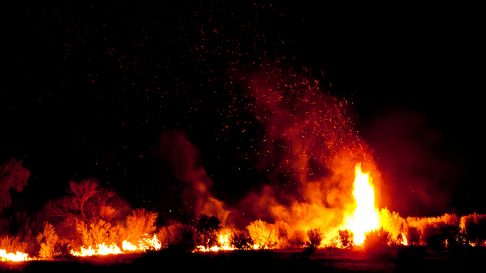 It would be easy, but futile, to call for an immediate about-face on the Morrison government’s  climate change policy position. It may be tempting to demand a more aggressive target to reduce emissions by 2030, and a credible policy to meet that tougher target. Yet, the harsh reality in early 2020 is that a complex set of facts, pressures and constraints will frame and constrain the Prime Minister’s options.

After the bushfires, the government’s assertion that this is sufficient to meet its commitment to reduce emissions by 26 to 28 per cent (based on historic overachievement) looks more like creative accounting than a credible claim.

Even more significant is the fact that neither Australia’s target, nor the sum of the targets of all the signatory countries to the Paris Agreement, is sufficient to meet the objective of keeping the global temperature rise this century to well below 2C above pre-industrial levels. The best available science indicates that this task requires net zero emissions by 2050, a position already adopted by Britain, New Zealand and all Australian states.

Second are the pressures. The government survived the 2019 election despite high-profile opponents in inner-city electorates condemning the Coalition’s “inaction” on climate change.

Whatever comfort the government took from that result, it is very likely the bushfires have reduced community tolerance of perceived inadequate climate change policy.

It is clear that many sectors of heavy industry, resources, insurance and finance have also become less tolerant, as have major regulatory, prudential and ratings organisations. And globally, the government will be under pressure to lift its target ahead of the UN’s annual international climate change conference, to be held in November in Glasgow.

Third are the constraints, not all working in the same direction. Despite the PM’s claims to the contrary, it seems Coalition party-room conflicts over climate change are as toxic as ever.

Finally is the question of what policies the states and territories will pursue – unilaterally, in unison, or with the Commonwealth – to meet their unanimous commitment to net-zero emissions by 2050. This week, Victoria’s Liberal leader, Michael O’Brien, called on the federal government to adopt long-term “sensible” emissions reduction targets, saying communities and businesses need certainty beyond 2030.

Scott Morrison’s opportunity is to develop a political narrative and policy response that deals with the facts and pressures without coming to grief on the constraints. Climate change is a long-term problem, and political and policy constraints are always more acute in the short term. There are several steps the PM could take to begin grasping this opportunity.

Changing the 2030 target is likely to prove beyond him. But the Coalition must eventually end its silence on what should happen after 2030. Morrison has consistently avoided the question of Australia’s obligations on the long road to 2050. The pressure of the bushfires means he cannot avoid this question for much longer.

The position of the Australian states means that net zero by 2050 is, de facto, Australia’s national emissions reduction target. An official commitment by the national government to that de facto target would reduce the political gap between Morrison and his state Liberal colleagues, as well as between him and international conservative peers such as Boris Johnson.

Significantly, it would be enough of a reset to mute the accusation that Morrison does not take climate change seriously. This step would leave a gap between the government’s targets and its policies. But Morrison wouldn’t need to do all the heavy lifting on his own. The states are already implementing emissions reduction policies. Consistency with them on the long-term goal may create space for federal leadership on the short term.

The economics of renewable energy are driving down electricity emissions, despite a lack of national policy. And Morrison could begin tweaking his existing policies while avoiding nasty debates about new policy mechanisms. For example, by strengthening the existing safeguard mechanism, which places limits on how much individual companies can emit, he could require businesses to buy the required abatement, rather than using taxpayers’ money through the Climate Solutions Fund.

Politics dictates that Australia’s climate policies will continue to be messy and incremental. The way forward is likely to be neither pretty nor bold in the way that many of us may prefer. But a change in national long-term ambition would ensure that some good flows from the awful tragedy of the bushfires.

Success will position Scott Morrison as a worthy successor to the pragmatic Liberal leaders, Robert Menzies and John Howard. Failure will consign him to being yet another Australian political leader left defeated on the battlefield of our country’s climate wars. 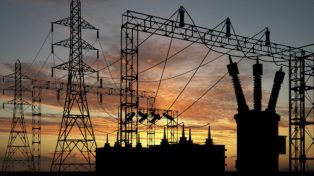