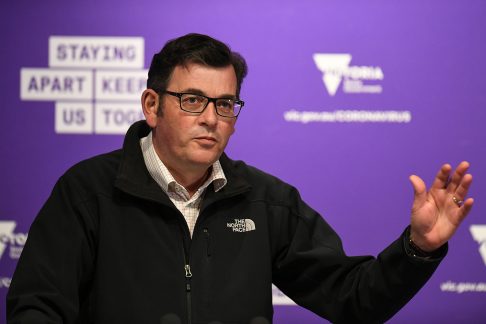 At zero new cases, Victoria is on top of the world

by Stephen Duckett and Tom Crowley

If the past few months have been like a long-haul flight, Victorians are now standing in the aisles waiting for the cabin door to open, a little groggy and disoriented but relieved.

They have every right to be. No other place in the world has tamed a second wave this large. Few have even come close.

It’s not a competition

Comparing different countries’ fights against COVID-19 is not a straightforward exercise, given differences in demography, geography, health system capability, and government strategy.

Perhaps most importantly, not every country has tried to get down to zero, or near zero, community transmission. This may not have been a realistic goal for countries with less border control than Australia.

Grattan Institute · Reaching zero: Victoria’s response to COVID-19 on top of the world

Also, as Victorians understand acutely, the virus is unpredictable. Today, as the crisis accelerates in Europe and elsewhere, Victoria’s “zero new cases” are the envy of the world. But there can be no certainty about where things will be in a few months’ time.

All of this is to say that a favourable international comparison should not encourage complacency. But it is nevertheless true that Victoria’s efforts are notable on the world stage. The state’s success has warded off a significant human toll and further economic damage. As a result, Australia has a much better chance of returning to an approximation of “normal life” in the new year.

Victorians should be proud of these efforts, and the starkly different outcomes in countries that were in a similar position should reassure them that the efforts were worthwhile.

Several other countries had similar numbers around that time, including Canada, Japan, Singapore, and most of Europe. They had taken different paths to get there; for Europe, these numbers represented a low ebb, not a peak. But the trajectories after this period diverged even more dramatically.

As the chart below shows, case numbers in several European countries began to accelerate steeply and are now much worse than ever. In contrast, Japan, Denmark, Sweden, Norway, Singapore, and Australia have so far kept case numbers at a moderate level. 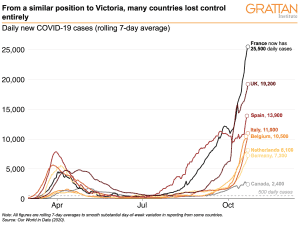 But as this next chart shows, there is significant divergence even among these relatively stable countries. Sweden appears on track to replicate the sharp acceleration seen elsewhere in Europe. In Denmark and Japan, case numbers remain at a moderate level but are not trending towards zero. Only Victoria and Singapore, which peaked at around 300, have returned to single digits. 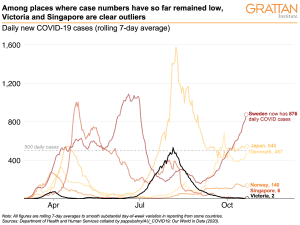 By suppressing their second waves, Victoria and Singapore are well placed to join a small club of countries that have sustained zero or near-zero cases, including New Zealand, Thailand, Vietnam, China, and the rest of Australia. The dividend for these countries has been economic, not just health-related, as the chart below shows. 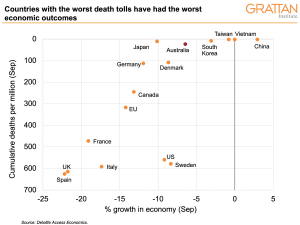 Victoria’s lockdown has been long and difficult, but it now occupies a rare and envious position. As Victorians await new freedoms on the next step towards COVID-normal, they should feel a sense of accomplishment.