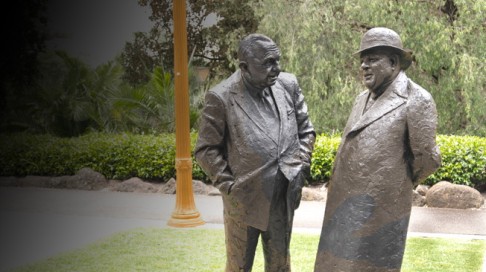 by John Daley and William Young 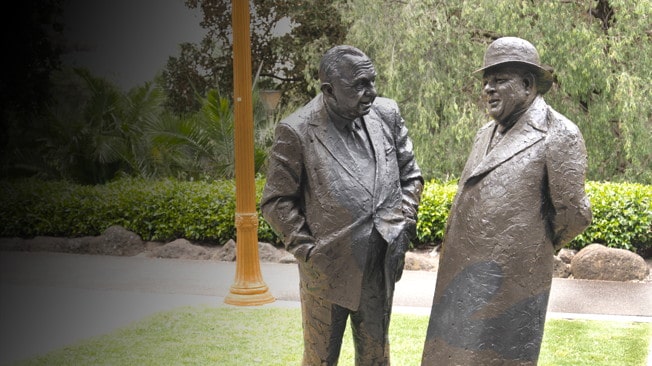 Repairing the budget is not for the faint-hearted. The Government’s recent omnibus bill — a mixed bag of savings measures worth $2 billion a year — took three budgets, two Prime Ministers and an election to pass the Parliament.

And after all the fuss surrounding the Government’s package to wind back unduly generous superannuation tax concessions, the final package will save just $700 million a year. These reforms will make only small inroads into the Commonwealth budget deficit of $40 billion a year. Treasurer Scott Morrison will need to seize every opportunity to find savings.

Grattan Institute’s new report, Age of entitlement: age-based tax breaks, provides an obvious place to start. The report shows that seniors get a higher rebate on private health insurance than do younger workers on the same income. Reform to reduce the seniors rebate to the same level as for younger workers with similar incomes would improve the budget by about $250 million a year. Together with proposed changes to the Seniors and Pensioners Tax Offset and the higher Medicare levy income threshold, the report’s recommendations would save the Budget about $1 billion a year.

Why seniors get a higher private health insurance rebate

The rebate does not obviously reduce health costs

There is little hard evidence that the rebate reduces the net cost to government of the health system, either for seniors or the population generally.

Many more people took out private health insurance in the early 2000s. Yet that increase was probably caused by the introduction of Lifetime Health Cover, a policy that allows insurers to charge higher premiums for each year that a person does not have insurance after turning 30. That was when health insurance membership jumped. 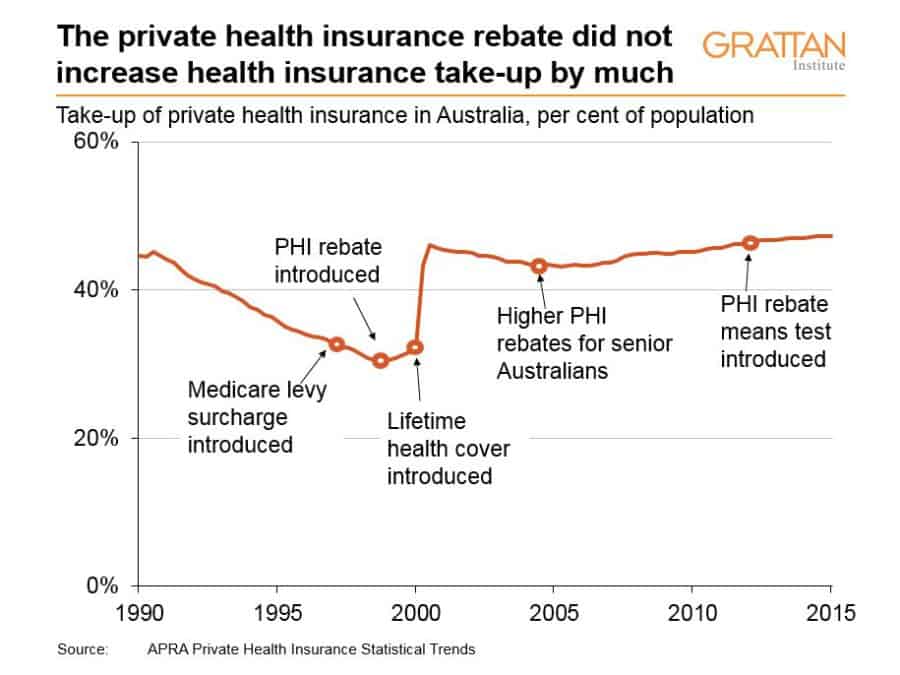 By contrast, three tax incentives — the Medicare levy surcharge, the introduction of the rebate in 1999 and means testing of the rebate in 2012 — all had little effect on the take up of insurance.

Policy changes to the rebate might have a larger effect on insurance choices — and thus government budgets — when incomes are not growing as fast. But there is no reason to expect that these factors would be decisive given the lack of response to previous policy changes. The burden of proof should be on those claiming that “this time” is different.

The introduction of higher rebates specifically for seniors had little impact on their take-up of private health insurance. A Health Department review estimated that just 16,000 seniors took up insurance because of the higher rebates.

The rebate increase for seniors cost the budget $153 million, or about $10,000 for every senior who took out private health insurance because of the change. After adjusting for growth in premiums, this cost is about $20,000 in today’s dollars — considerably more than the government saves in health costs. The average senior only receives about $4250 in benefits from their private health fund. 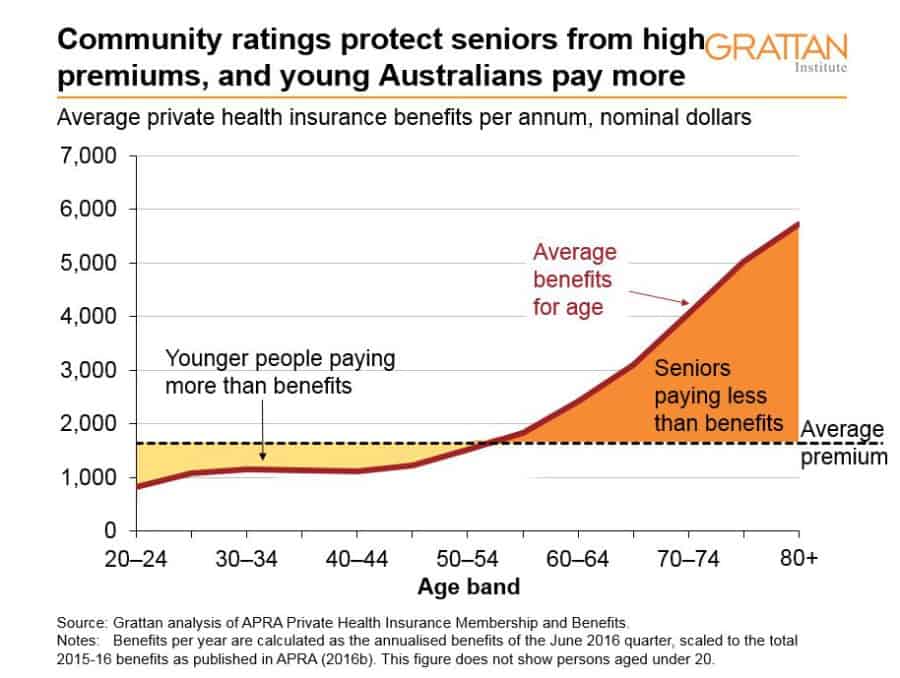 Under “community ratings”, private health insurers must charge customers the same premium regardless of age, gender, or medical background. In practice that means that if you are younger than about 55, hold private health insurance and are relatively healthy, your premium is much higher than your actual health costs for the insurer. These younger, healthy people pay extra to cover the higher cost of older private health patients.