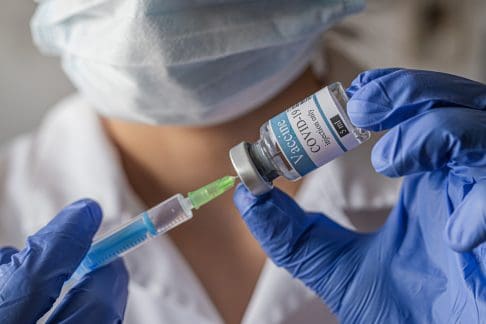 The federal and state governments are in the final stages of planning the national rollout of two COVID vaccines – Pfizer and AstraZeneca. With only a fortnight to go until the originally planned mid-February target start date, Australians should be advised soon of how, when and where we can get the jab.

The federal government has had six months from the announcement of the purchase of the vaccines to plan this immense logistical exercise, and every day of that was needed. It wisely rejected calls for an early rollout. Australia is essentially COVID-free, the demand on the health system is very low and easily managed, and so a cautious rollout was warranted.

Australia, while producing its own AstraZeneca vaccine, must now confront what impact, if any, may result on its scheduled rollout of the Pfizer vaccine next month following the European Union’s imposition of export controls – because both companies cannot meet their agreed supply volumes and timelines within the bloc. Interruptions to the supply chain are being reported on a daily basis, which makes efficiency of supply in Australia and minimising wastage even more vital.

General practices will distribute the easier-to-store AstraZeneca vaccine but the logistics will be difficult: the federal government’s invitation to GPs to participate runs to 18 pages and includes details of the required infrastructure, recording and monitoring, as well as numerous other expectations of participating practices.

The federal government is offering GPs in metropolitan areas a payment of about $30 for daytime first vaccinations. Rural practices are being offered slightly more, and both will be paid slightly more again for after-hours vaccinations All vaccinations are to be bulk-billed. The Australian payment is about 20 per cent higher than the British rate.

What appears to be absent from the GP conditions of participation are two critical considerations: waste and speed.

The AstraZeneca vaccine comes in a 10-dose vial. If GPs draw only nine doses from a vial, wasting one, the government will need 10 per cent more vaccine to vaccinate the whole population. And because there are reported shortages of the vaccines, the higher the wastage, the slower the rollout. Experience in the United States has shown that using the right needle can extract more doses from a vial. Standards of efficiency and waste should be in the Australian GP contract.

The federal government also needs a fallback position if GP participation suggests the rollout will not proceed fast enough.

All Australians endured a difficult 2020. Some of us lost jobs, some suffered isolation and depression. Life for everybody was restricted. This will be a better year because we have achieved elimination of community transmission and are now dealing only with sporadic outbreaks. It will be an even better year if the vaccine rollout proceeds smoothly, quickly and efficiently.