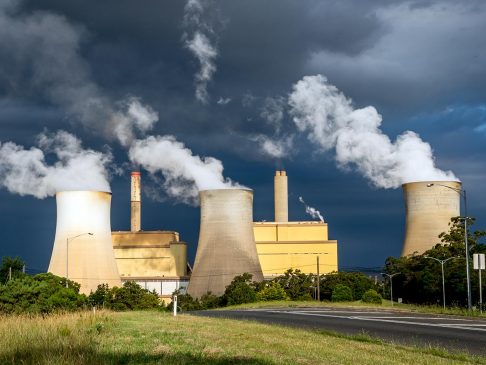 Last week’s announcement that the Yallourn power plant will close earlier than previously expected raises some big questions: will it be replaced in time, and are more such announcements around the corner? The answers have serious implications for not just Victorians but all Australians.

Australia’s coal-fired power plants are ageing and will be progressively retired over coming decades. But the timing of individual plant closures is highly uncertain, and their sheer size makes it hard for the energy market to manage sudden closures. The abrupt closure of the Hazelwood plant in 2017 triggered political concerns about higher prices and reduced reliability. More recent announcements by AGL (that the Liddell power plant in NSW will be retired) and Energy Australia (Yallourn), added to those concerns, even though each announcement came with seven years’ notice.

Unfortunately, governments have chosen to directly intervene in the market rather than address their concerns through their own agencies to ensure the energy market remains fit for purpose.

The problem has been years in the making and policy failure is at its core. During the climate battle fought by the Coalition under Malcolm Turnbull, a policy emerged that was designed to both drive down carbon emissions and ensure reliability of supply through the transition – the National Energy Guarantee (NEG).

Tragically, because of internal Coalition politics, the emissions side of the NEG was abandoned. This created a gaping climate change policy hole for state governments to fill. They are doing so with big programs for subsidised renewable energy – with little regard for the consequences. It is hardly surprising that wholesale electricity prices collapsed, putting financial pressure on the inflexible and ageing coal-fired power plants. Early closures became inevitable.

Alongside these unbalanced renewable energy programs, the Energy Security Board (ESB) has been working to deliver the reliability side of the NEG and other changes to ensure that reliability is maintained. That work is unfinished. The upshot is a valid but unhelpful blame game: state governments accuse the federal government of failing on climate change, and the federal government accuses the states of risking higher prices and reduced reliability.

It seems obvious that the best solution would be to re-establish the market’s ability to deliver reliability and low emissions at affordable cost.

Here’s what should happen now. The combined governments should prioritise and embrace the ESB’s recommendations for a combination of incentives and penalties to maintain a reliable electricity system. The requirement for coal generators to provide adequate notice of closure should be strengthened with a combination of financial incentives and penalties based on transparent rules.

In the absence of a credible and stable national climate policy, emissions reductions would continue to be driven by state-based renewable energy programs, but at least they would be balanced. If done well, we could confidently expect that emissions will fall as coal-fired generators are retired and replaced with a mix of more renewables, storage, transmission connections, and gas-fired backup.

The alternative looks like a series of bilateral deals between coal generators and the market operator or individual governments, including some form of financial support in exchange for certainty. It would seem truly bizarre for governments to be concurrently subsidising renewables to force coal closure and paying the coal generators to close on a specific timetable. And the reality of ageing power plants is that the apparent certainty provided by that timetable will probably prove to be an illusion.

Poorly designed incentives can be perverse. The Gillard government proposed to pay coal generators to close. Fortunately, the policy was abandoned in 2012 due to the high price asked by the generators, who were quite profitable at the time. This saved taxpayers from paying hundreds of millions of dollars – four of the five shortlisted generators have since closed without any government involvement.

The lessons from the Gillard ‘Contract for Closure’ policy are still relevant today. Paying generators to close, or not close, risks paying for something that would have happened anyway. Taxpayers are unlikely to get a good deal. This also applies to the policy ideas that emerged from the federal Energy Minister’s taskforce that examined options to manage the closure of the Liddell power plant. Proposals to fund a life extension for Liddell, or to force investment in several gas-fired power plants, are unnecessary and deter efficient investment in the appropriate electricity capacity.

The same concern also applies to Yallourn. The federal government should not give in to any temptation to directly intervene in the closure of Yallourn. Governments should be more concerned about managing the effects of closure on workers, communities, and energy consumers, not on the generators themselves.

Australia has a choice. Either path will lead to a low-emissions electricity future. One can do so while maintaining reliability at lowest cost. The other may look more certain, but it bears substantial future risks to both price and reliability. We should choose carefully.