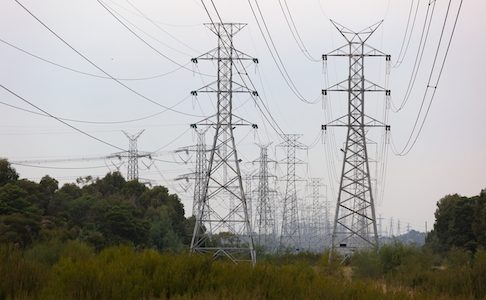 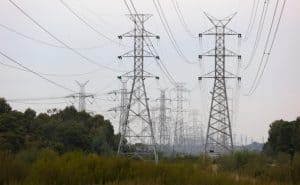 Australians deserve – and need – far better energy and climate policy in 2018 than they got on 2017.

Last year, the mess that is Australian energy and climate policy became clear to all: governments, businesses and households. There were threats to electricity supply, the shutdown of major power plants without adequate replacement, further rises in electricity and gas prices, concerns about excessive profits for retailers, and never-ending rancorous political debate over key reform proposals.

It took too long, but industry finally got the message that when it comes to energy, it can no longer assume an untrammelled right to just get on with business. And unfortunately, governments discovered that direct, reactive intervention is far easier and more popular in the short term than development of credible, stable policies.

Reviews and reports were a feature of the second half of the year. And taken together, they give hope: they may just provide the framework for focused action in 2018.

The Energy Security Board (ESB), set up on the recommendation of the Finkel Review, proposed the National Energy Guarantee to resolve the political impasse over a clean energy target while also addressing the reliability issue that had been underdone in the Finkel blueprint. Implementation of the guarantee will require the support of all members of the COAG Energy Council; that is, federal, state and territory energy ministers. The ESB is doing detailed design work on the guarantee in preparation for the Council’s April meeting.

The ESB also delivered its first report on the Health of the National Electricity Market. The verdict: it’s not healthy at all. The solution: a set of indices against which improvements – to be delivered through the Finkel blueprint – can be measured.

The Australian Competition and Consumer Commission published reports on the gas and electricity markets that raised serious concerns about the way market flaws are pushing up consumer prices. On gas, the ACCC noted real but inadequate improvements. On electricity, it identified cost structures and market concentration as issues. Further reports will keep the spotlight on the flaws and the need for corrective actions.

For its part, the federal government released its 2017 Review of Climate Change Policies just before year’s end. This review was underwhelming – it failed to provide a clear, compelling or comprehensive policy framework to meet Australia’s current and likely future emissions reduction targets. There were, however, three important features of substance. First, the government committed to meeting Australia’s 2030 target without, it says, compromising growth or jobs. Second, a sector-based, rather than an economy-wide approach, continues to be the preferred way to meet the target. And third, the government reaffirmed its commitment to develop a long-term emissions reduction strategy by 2020, as called for by Finkel.

Looking to 2018, there is nowhere for governments to hide, but there are grounds for cautious optimism. Several clear markers will tell us whether such optimism is justified.

Australia is likely to “survive” this summer without major shortages or blackouts. But more, much more, needs to be done.

Governments should back and implement the National Energy guarantee, or something like it, to drive emissions reductions and maintain reliability. This would integrate energy and climate policy in Australia for the first time. But it will require deft political management – a major test for the skills of the federal minister, Josh Frydenberg.

Gas availability should improve further, and prices should stabilise around the benchmark of export parity – but they will not return to the low levels of history.

The mid-2018 ACCC review should clarify the problems of market concentration, but solutions will be hard to find and implement.

Cost-reflective network tariffs must be introduced to deliver more efficient and fairer prices despite narrow political or vested interest objections.

The Finkel blueprint should be implemented. But this will be a tricky task: points of disagreement will emerge, mostly where the objectives of individual state or territory governments clash with the commonwealth or national agenda.

No sector of Australia’s economy depends more heavily on cooperative federalism than energy. The physical, financial and legislative systems flow across state borders, and the core interests of governments and industry in delivering reliable and affordable energy are fundamentally the same.

Politics will be unavoidable in 2018. There will be several state elections, and possibly a federal one, where energy will be an issue. Recent history suggests parochial and partisan politics could fail us all once again.

Yet failure is not pre-ordained. Political will and leadership across governments could finally give Australians what they deserve and need – a transition to a low-emissions energy system that is boringly reliable and pleasingly affordable.