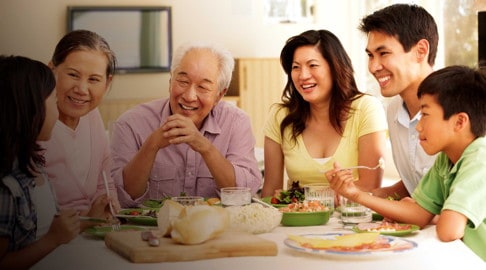 Published by The Australian, Wednesday 10 December

Most parents hope their children will live better lives than they do. And most people hope to live a happy retirement in which government supports them when needed, particularly with health.

For decades, each generation has taken more out of the government pot than it contributed in taxes through its lifetime. This generational bargain was sustainable while per capita incomes rose quickly, and the scale of government spending on older households rose moderately.

But the Grattan Institute’s latest report, The Wealth of Generations, shows we can no longer be so confident the next generation will be better off than its parents. Slower income growth, rising government spending on older households, budget deficits and the housing boom all threaten the generational bargain.

Treasury projects that income per head will grow much more slowly during the next 12 years as mineral prices fall from historic peaks. Some economists predict productivity growth will be slower across the developed world during the next few decades.

Meanwhile, government support for older households is rising quickly. Australian governments spend $9400 more per household aged over 65 than they did just six years ago. Spending on health has risen particularly fast. Age pension spending has increased faster than gross domestic product, unlike most other welfare payments.

Budget deficits have funded this increased spending. The commonwealth has posted headline and structural budget deficits of more than $40 billion a year for four of the past five years. With falling mineral prices, the next few years may be similar.

The cost of these deficits will be worn by younger generations. They will repay the accumulated debt through higher taxes or fewer government services. Each year with a deficit of $40bn implies younger households will each eventually have to pay $10,000 more in taxes.

Younger generations are also struggling with the after-effects of a one-off housing boom driven largely by a long-term reduction in interest rates. The boom delivered an enormous boost to the wealth of older households who bought before it took off. But it means younger generations must earn and save much more simply to live in the same standard of housing their parents own.

Governments can choose to prevent the next generation being worse off than its parents. Targeting the age pension, reducing superannuation tax concessions and shifting towards asset taxes could reduce the transfers between today’s younger taxpayers and older retirees. If well-­designed, these reforms would fall most on those who have benefited from windfalls, government largesse and paying lower taxes while deficits accumulated.

Governments also need to solve their budget problems. Even if all the government’s stalled budget reforms were passed, they would be nothing like enough to bridge the budget gap. Larger-scale tax and spending reforms are needed.

If government delays reform so that expenditures on health, pensions and superannuation concessions are cut later on, younger Australians will be even more disadvantaged, left paying for benefits they will never enjoy. The case is strong for reforming these policies sooner rather than later, and for limiting the scope of grandfathering provisions.

Vulnerable older households will also win from reform. If ser­vices are cut because governments run out of other choices, older households with less wealth, and limited opportunities to earn income, are at risk. People in this situation often have 20 years or more to live. They will also benefit from more sustainable tax and welfare arrangements.

After 70 years of consistent economic growth, we have come to expect each generation will be better off than its parents, with more income, better housing and better healthcare. We need to ensure the sustainability and fairness of government tax and spending so that our children and grandchildren can enjoy as much as their parents have, the fruits of Australia’s prosperity.