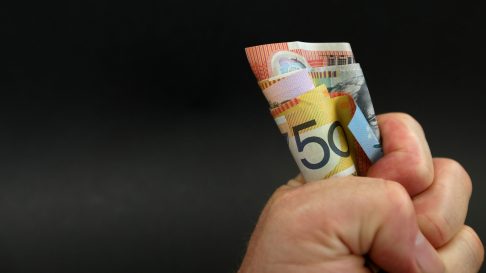 Budget 2021: If you’re hoping for a cash splash on care, prepare to be disappointed

Published in The Australian Financial Review, 5 May 2021

It is rare for a treasurer that the economic and political stars align so neatly in the lead-up to a budget. With most economists pushing for a more active role for fiscal policy to support the recovery, and pre-election budgets generally known more for generosity than austerity, it’s a recipe for good news all round.

But while this happy confluence gives Josh Frydenberg a wider path to walk, unfortunately he’s unlikely to heed calls for a major overhaul of key services.

First to the economics. The Treasurer was clearly taking some good advice from Treasury when he signalled last week a change to fiscal strategy to drive unemployment down “where it was prior to the pandemic and then even lower”. Economists support this goal: in a recent poll of leading Australian economists, more than 60 per considered that the government should shoot for an unemployment rate below 5 per cent.

Why is more government spending suddenly so popular with economists?

The first reason is that monetary policy – historically the main tool for managing cyclical fluctuations in the economy – is almost out of puff. Fiscal policy is now the main game in town.

The second is the growing acceptance that we shouldn’t settle for a return to our pre-COVID-19 economy. Take off the rose-tinted glasses and remember 2019. It was our fifth year of stagnant wages growth, consumption and consumer confidence were weak, and the animal spirits of business were directed into dividend payouts and share buybacks instead of investment.

Rather than accept a drift back to “secular stagnation”, economists are advocating a “jump start the economy” strategy – government supporting aggregate demand through more spending or lower taxes until unemployment hits the natural rate and wages and inflation start to pick up.

The third is that borrowing is cheaper than it has ever been. The world is awash with capital, and governments are facing the lowest borrowing rates in history, further reinforced in Australia in the short term by the Reserve Bank of Australia’s bond-buying operations.

Low interest rates boost the business case for government investments that improve the productive capacity of the economy. They also make higher debt easier to sustain.

As the Parliamentary Budget Office highlighted last week, debt will stabilise or fall as a share of gross domestic product and interest payments will remain manageable under almost any realistic scenario regarding future growth, budget balances and interest rates.

And if the economic case for job-creating spending is now in, the political case has never been in doubt.

More discretionary spending is generally a political winner in a pre-election budget, and that’s even more true when crucial services are falling well short of community expectations. Aged care, mental health, childcare – all have been front-page news in the past year as concerns have risen about the quality or cost of services.

More spending to improve these services seems a no-brainer. The more difficult question is how big should governments go.

There is no shortage of calls for bold reform. The aged care royal commission called for a move to right-based rather than rationed care. It estimated that almost $10 billion a year would be needed to reform the system, including clearing the home-care waiting list, providing better pay for carers, and boosting staff levels to significantly improve the quality of care.

A 2020 Productivity Commission report identified about $2.4 billion worth of priority reforms that would improve quality of life and economic participation for people suffering mental illness.

My own work at Grattan Institute suggests that boosting spending on childcare subsidies by $5 billion would deliver significant relief for parents from high out-of-pocket costs, and an $11 billion boost to the economy through higher workforce participation, especially by women.

Delivering on these compelling visions would deliver big benefits for living standards for Australians for decades to come.

But all the signs suggest the government will be less ambitious next Tuesday. It has already announced $1.7 billion for childcare over three years and is reportedly planning to allocate about $10 billion over four years for aged care. This money is welcome and will make a difference, but won’t be a game-changer for those sectors.

It’s clear that despite the (justified) loosening of the fiscal shackles, the Treasurer maintains an eye on stage two of the fiscal strategy – stabilising and then reducing net debt as a share of GDP. And with large tax cuts scheduled for 2024-25 and the 23.9 per cent tax cap still in place, he is reluctant to lock in significantly higher long-term spending.

So, while there may be good news in this budget, those hoping for major reforms to care services are likely to be disappointed.