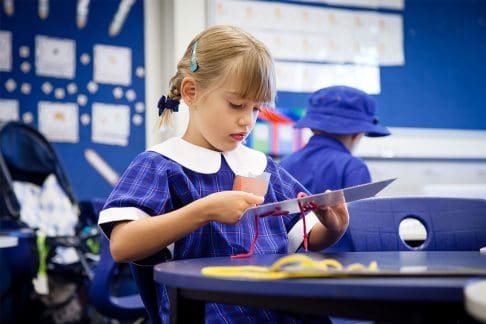 by Danielle Wood and Will Mackey

The COVID-19 crisis has touched every aspect of our economy and our lives. But no health measure has had a bigger effect on lives than the closure of schools. In NSW, more than 740,000 households have at least one dependent child under 15. And most of those parents have found themselves plunged into the role of de facto teacher’s assistant virtually overnight.

The NSW government’s decision to partially close schools was prudent to protect the welfare of teachers, students, parents, and society as a whole. But schools should be at the top of any government’s list when it comes to cautiously winding back COVID health response measures.

Economic modelling indicates that school closures are the most significant channel of lost economic activity during a pandemic. Modelling from the US and Britain has estimated a hit to GDP of between 0.25 and 0.5 per cent for every week schools are closed.

This is because online schooling-from-home causes a big contraction in labour supply: the 20 or so children that were previously taught face-to-face by a professional for seven hours a day are now supervised by 20 sets of parents, many of whom would otherwise have been working.

Most of these households that have kept their children at home have been engaged in the highwire act of juggling work and supervising online learning. The challenge varies depending on the child’s age and nature, and whether parents can work from home, but there are very few households that would not have suffered some time squeeze.

The longer schools stay closed the bigger the impact on paid work. Parents who may be able to juggle additional responsibilities for a short period by cutting into leisure or sleep time will find it increasingly difficult to keep the balls in the air.

If we assume the parent who works least loses about half their normal working hours for each week schools are closed, then paid work hours among NSW families contract by almost 25 per cent. This is a reduction in paid work hours of about 6 per cent across the NSW population.

And women disproportionately bear the load. A study of the effect of teacher strikes in Argentina found that temporary school closures had a significant impact on labour force participation for women, particularly lower-skilled mothers and those in dual income households. There was no overall effect for men.

Pre-crisis time use data shows for heterosexual couple households with pre-teen children, Australian women did on average at least 80 per cent more unpaid household work – including caring and household tasks – than men. If those patterns are replicated for supervision of online schooling, then the pandemic will further magnify the motherhood career penalty.

It’s not just parents who are hit by school closures – children tend to learn less when they do their schooling online rather than in the classroom. Rigorous US studies of online charter schools show students learn less than similar peers in traditional face-to-face schools.

And disadvantaged students will be hardest hit. Opening schools as soon as we can safely do so will minimise the size of the learning gap.

So where should we start? The NSW government’s plan to bring students back initially one day a week, gradually increasing over time, is a pragmatic option. While teachers are understandably concerned about the health implications, reducing class sizes by around 75 per cent and staggering recess and lunch breaks will significantly improve the chance of effective social distancing. And the best recent evidence suggests that children are much less likely to contract COVID-19.

But opening schools is still risky because of parent-to-teacher contact. Strict drop-off protocols can help reduce contacts, and are manageable where only 20 per cent of students are present on any given day.

Social distancing and drop-offs will become more challenging as the number of days children attend schools increase, so should be managed in line with the risks of community transmission.

But overall the economic and learning benefits of a staged re-opening for all students are likely to be significantly greater than alternatives such as bringing back a single year of students – such as Year 12s – before other student groups.

This is not a straightforward decision, given disputes on the health risks, and the very large costs to the community if the infection rate was to rise above one again. But there is no question if done right that the economic and learning benefits will be enormous.

And that sharp exhale you hear when schools open their doors wide again will be the parents of NSW collectively heaving a sigh of relief.