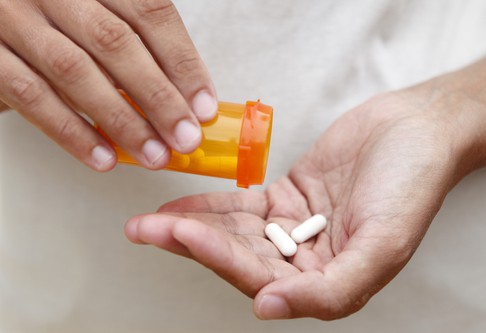 Cheaper PBS drugs could save us billions

Published in The Australian, Friday 25 October 2013

Healthcare is one of the fastest growing areas of government spending and is a legitimate target for scrutiny in tough times.

The government has already identified some opportunities: reducing bureaucracy in the Health Department, slimming the alphabet soup of national health-related agencies, and rationalising the back-room overhead of the relatively new primary care organisations, Medicare Locals.

But these cuts alone will not make a huge difference. Bureaucratic spending is a relatively small proportion of health spending. Even the most rabid waste eliminator will have to accept that some management overhead is inevitable, and public accountability demands at least a modicum of departmental oversight of public expenditures.

Sacking bureaucrats never seems to go out of fashion, but the new Commission of Audit will have to look beyond the usual suspects to make substantial inroads into health spending. As Joe Hockey acknowledged in announcing the commission, there are areas of waste that might provide opportunities for saving money while not hurting patients or consumers.

This should be low-hanging fruit, ripe for harvesting. Unfortunately, low-hanging is in the eye of the beholder.

Previous Grattan Institute work has identified as a savings opportunity the high prices the Pharmaceutical Benefits Scheme pays for generic drugs. Grattan’s 2013 Bad Drug Deal report showed that more than $1 billion could be saved annually by introducing improved purchasing arrangements and benchmarking the prices the PBS pays against those paid in comparable countries such as New Zealand.

Reducing pharmaceutical prices would benefit consumers and taxpayers, who pay about 80 per cent of the cost of the PBS. It would seem to be a win-win. But as political scientist David Easton points out, in public debates, concentrated political interests will trump diffuse interests, where the benefits or costs are spread thinly.

Although $1bn annual savings sounds like a big deal – and it is – those costs to government and consumers are revenues to pharmacy manufacturers or pharmacies. They can be expected to protest vociferously against any loss of income.

The costs of reducing pharmaceutical prices are highly concentrated and will fall on a handful of manufacturers and a few thousand pharmacies. The benefits will be diffuse, accruing to millions of taxpayers and consumers but small to each individual. Even if the savings are reinvested in healthcare, including listing new drugs on the PBS, the benefits are in the future and may be illusory and are significantly discounted or ignored even by those who might enjoy them.

During the federal election, the Pharmacy Guild organised a petition to protest against changes that would have sped up price reductions. Despite a counter campaign from the Consumers Health Forum explaining that consumers would benefit from lower prices, the guild gathered more than a million signatures. Although the effectiveness of the guild campaign could be questioned – there is no evidence that any seats changed hands as a result – the potential is clear: local pharmacies can be mobilised to protect their interests.

The then government’s changes would have reduced the out-of-pocket costs faced by consumers. Yet more than a million people signed the petition.

Different policies could benefit the taxpayer and the consumer and fund more and better health care. Lower prices prevail in other countries, so pharmaceutical supply would still be assured as profits would still be there.

But action to reduce prices has been slow and without any acknowledgement of poor performance against international benchmarks.

There are many other changes that could benefit taxpayers and consumers, including improving hospital efficiency and reducing costly hospital adverse events. But change is hard in the health sector.
Lobbyists for vested interests regularly distort health professionals’ legitimate concern for patients, using it as an excuse to block change. Of course, the rhetoric used is always selfless: they claim their advocacy is on behalf of patients. In extreme cases, it amounts to shroud waving – exaggerating risks to patient safety.

Governments must balance economic and political realities. Vested interests hope the Treasurer’s eye will pass on to other sectors, or to diffuse interests without the same lobbying power.

Is there a solution? Better information and a willingness to fight for consumers’ rights is part of it. Government initiatives to make clear the cost of concessions through tax expenditure statements, efficiency audits by auditors-general, the Senate and state upper house estimates processes and external scrutiny from academics and think tanks all help to reveal the opportunity costs of policy choices. As US jurist Louis Brandeis argued: “Publicity is justly commended as a remedy for social and industrial diseases. Sunlight is said to be the best of disinfectants; electric light the most efficient policeman.”

Sunlight just doesn’t happen, of course. Informed debate in health needs to be resourced, encouraged and institutionalised to balance narrow, vested interests so government has greater capacity to act for the broader interest – the public and consumers.

Stephen Duckett is the director of the health program at the Grattan Institute. 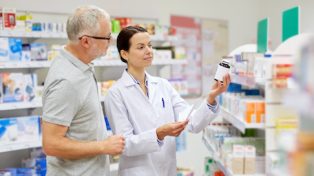 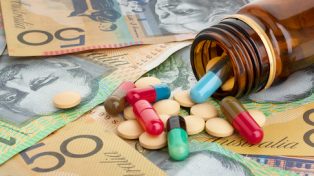