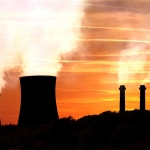 The Turnbull government’s energy policy problems just keep getting harder. Today, the Prime Minister will seek power price relief from energy retailers at a summit in Canberra. Last week, the business community delivered decidedly mixed messages on what policies they wanted from his government.

Power prices have leapt this year, putting pressure on businesses and households. Several factors have contributed.

First was the closure of ageing, low-cost, coal-fired power stations such as Northern in South Australia and Hazelwood in Victoria.

Second, this led to gas setting the wholesale market price more often than in the past, just when gas prices were historically high.

Third, a concentration of market power in several regions only thinly connected by transmission lines led to the exercise of that power.

Fourth, and most importantly, a decade of lost opportunity on credible, stable climate change policy created unmanageable uncertainty for new investment that could deliver lower prices.

These pressures have been building for years, and governments have not been prepared to tell households and businesses the harsh truth: that a period of rising power prices was inevitable. Now the dam has burst, everyone is getting wet and no one likes it.

Australia’s energy industry, and the Business Council, are supporting the full Finkel blueprint for the national electricity market, specifically the Clean Energy Target (CET). Major energy suppliers have shown no interest in new coal-fired power stations as a source of lower prices.

But energy users, such as Glencore and the Minerals Council, are calling on the government to abolish the Renewable Energy Target, pull out of the Paris Agreement and walk away from the CET. Such a major split in the business community threatens not only effective domestic energy policy, but also Australia’s international reputation as a country that honours its commitments to carrying our fair share of the global warming challenge.

Some of the propositions from those understandably aghast at higher prices do not stack up. Yes, it is a bad idea for individual states to have their own policies for renewable energy and climate change. But none of them, possibly excepting the ACT’s, is binding or making a material difference to prices.

Yes, the RET was bad policy, badly implemented. But it is at a stage where abandoning in 2017 the deal done in 2015 would be worse than leaving it to run its course. As for the idea that the government should directly finance new coal plants, well, that would not restore low prices but could create white elephants.

Walking away from Paris

And the idea that walking away from our commitment to the Paris Agreement will create a stable investment climate is fanciful at best.

Businesses across the world, including in the US, are factoring climate change policy into their investment decisions. Continuing uncertainty about the nature and direction of that policy means greater risk premiums and greater threats to prices and security. Australia is not immune.

There is one immutable reality for Australia’s coal industry: while international and domestic projections show that coal will continue to play a significant role in energy supply for decades, that role is on an existential decline.

The International Energy Agency projects that if the Paris Agreement is sustained, fossil fuels will still supply close to 70 per cent of global energy by 2030. But in that same report, the IEA shows coal’s share of power generation falling from 34 per cent in 2020 to 17 per cent in 2030 and only 7 per cent in 2040.

There is a better way forward for Australia. The CET may not be the best emissions reduction policy to emerge over the past couple of decades. But it’s the best on offer, and it could amount to an important step on the path to a stable investment climate for lowest-cost, secure power.

A sensible variation on the Finkel CET could begin with a higher threshold for creating low-emission credits; allowing a proportion of the target to be met with domestic or international credits; and enhancing the role of the Australian Energy Market Operator in ensuring the market delivers the secure, dispatchable power we need.

The concerns of energy-intensive, trade-exposed industries that emissions in Australia will simply be exported will also have to be dealt with – as was achieved in previous climate change policies that failed for other reasons.

A model like this would address most of the price concerns coming from industry and the Coalition party room. And it would enable the cost projections of those supporting new coal generation to be tested in the market.

The hard lesson for Australia is that the very low prices of the past were unsustainable, and coal is not going to bring them back. In energy, as elsewhere, nostalgia and sound policy are poor bedfellows.