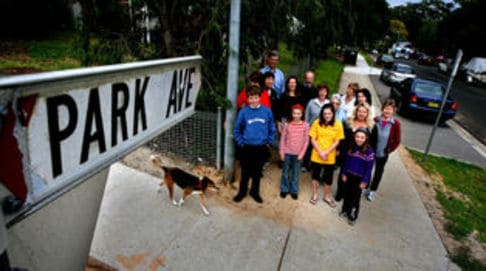 Published by The Age, Thursday 7 November 2013

Planning Minister Matthew Guy announced new rules in March giving power to local councils to plan how and where new housing is built in their area. So far so good. Everyone agrees that while new housing is needed as Melbourne continues to grow, development must respond to the character of local communities.

This seems pretty sensible. But what the Planning Minister has failed to do is share responsibility for accommodating more people, so that all areas of the city play their part in meeting Melbourne’s growth needs. Glen Eira and Boroondara councils have got in early, exploiting this weakness to declare that they want growth to happen somewhere else.

If this pattern of councils locking down most of their neighbourhoods continues, nearly all new housing will be built in Melbourne’s outer suburbs and on the urban fringe.

Yet most jobs in Melbourne – especially high-wage skilled jobs – are located within 15 kilometres of the city centre. Good access to jobs and transport make areas such as Glen Eira and Boroondara exactly where Melbourne should be looking to accommodate a reasonable proportion of its growth.

Building new housing ever-further from Melbourne’s employment and economic centres will stifle Melbourne’s economy. Cities drive economic growth by giving businesses the best chance to attract the skilled employees they need. This is the reason so many businesses choose to locate in central business districts and inner suburbs, despite the much higher rents in these areas. Enabling businesses to draw on the biggest pool of potential employees helps them become more productive, and in turn creates more jobs.

Yet people living in some parts of outer Melbourne can reach fewer than 10 per cent of all jobs within a reasonable commuting time. This makes it harder for those people to find suitable work, and means employers face a shallower pool of potential employees.

It is hard to blame inner and middle suburban councils for restricting new housing, even if this hampers city-wide economic growth. Councils don’t benefit from offending the vocal minority who oppose almost any change. Poorer access to jobs and opportunities on the urban fringe are somebody else’s problem. As are the difficulties many businesses face in finding skilled employees, and the competitiveness of Melbourne’s economy.

In this way the new rules represent a brake on growth at a time when Victoria’s economy is already soft.

Refusing well-managed growth is also bad for the suburbs themselves. As people age and are less able to maintain houses and gardens, there will be few downsizing options for them. If they do move, they will face having to move neighbourhood as well as moving house.

One solution is for the state government to set councils clear targets for how much housing is required. This approach – which has advocates ranging from the Property Council of Victoria to the Council to Homeless Persons – would balance the preferences of local residents with the needs of Melbourne’s increasingly knowledge-intensive economy.

Residents are entitled to be wary of growth or change if they feel they have no say over the design of new housing and no sense of what they get in return for more households in their neighbourhood. Development shouldn’t mean bad development. But previous Grattan Institute research (Cities: who decides?) shows early, sustained involvement of residents in decision-making makes it possible to satisfy most people.

Enabling more people to live in Melbourne’s inner and middle suburbs will be critical to turning around Victoria’s economic performance.