COVID-19: Australia’s fiscal response is now among the biggest in the world - Grattan Institute

COVID-19: Australia’s fiscal response is now among the biggest in the world

The Federal Government’s economic response to COVID-19 now totals $193.9 billion. Add $3.5 billion in health spending ($2.4 billion and $1.1 billion), and the Federal Government has budgeted almost $200 billion against the coronavirus crisis so far. Only a few weeks ago these sums would have seemed incredible.

But Australia is far from alone in breaking spending records. Australia’s announced measures to date represent 9.5 per cent of GDP. At the top of the table is the United States, at 9.9 per cent. Japan is at 6.7 per cent and, as Chart 1 shows, New Zealand, the United Kingdom, and Canada have all committed more than 4.5 per cent of GDP. 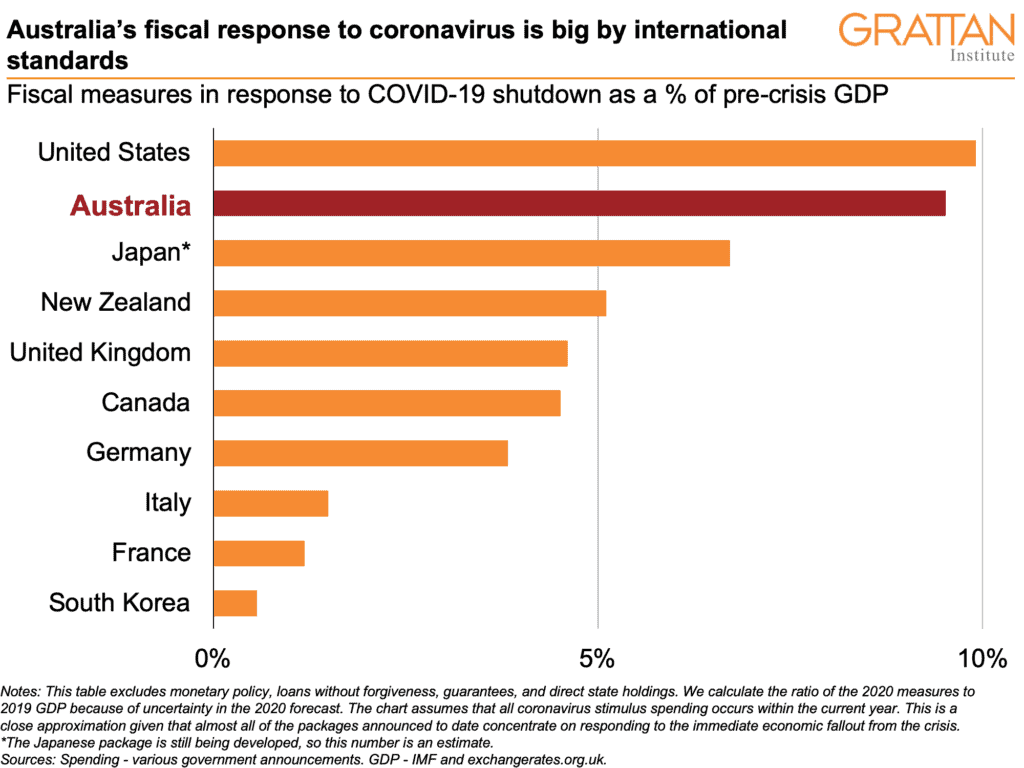 The Australian Government’s fiscal response so far amounts to more than $7,700 per Australian. This does not include about $15 billion worth of measures by the state and territory governments.

Australia is in good company in putting a wage subsidy package at the centre of its fiscal response. Many countries – including  New Zealand, Canada, the United States, and the United Kingdom – have announced packages that provide government-funded income support via businesses to partially replace lost income for workers and maintain employment relationships.

The design of the packages varies a lot, but a key reason Australia has so far budgeted more for its coronavirus response is that it has committed to funding the JobKeeper program, and higher levels of support through the welfare system, for six months, whereas other countries have budgeted for shorter periods. The US has funded its wage subsidy program so far for 8 weeks, and New Zealand, Canada, and the UK for 3 months.

It is likely that many of these countries will need to extend their programs, and so spend significantly more. Chart 2 shows the additional spending for some of these countries if their wage subsidy programs were to be extended to six months.

The Australian Government may need to extend its program too, but it has provided valuable certainty to business and households by committing upfront to a six-month scheme. 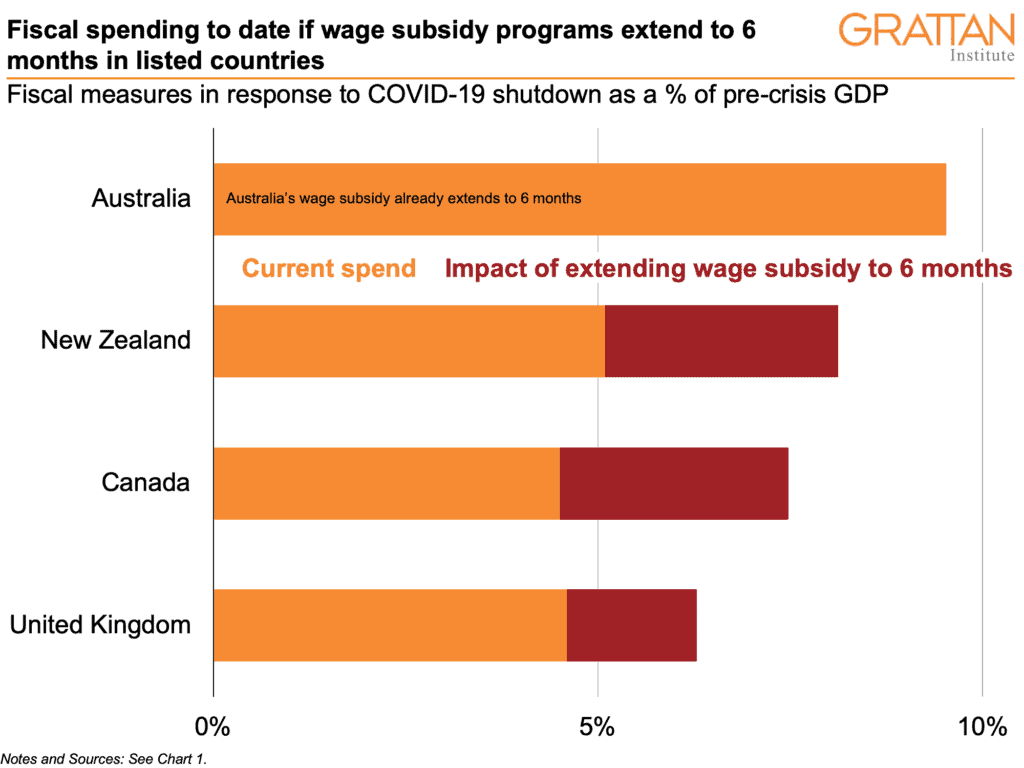 If the shutdowns and spatial distancing measures extend beyond a few months, the fiscal commitments of governments around the world will have to grow. Most of the responses so far have focused on mitigating the immediate economic fallout – keeping businesses and workers in the shutdown industries afloat. But as the crisis drags on, the second-round effects will hit almost every part of the economy, increasing the need for government support.

The only certainty here is that record-breaking international spending commitments in response to COVID-19 are only going to get larger.