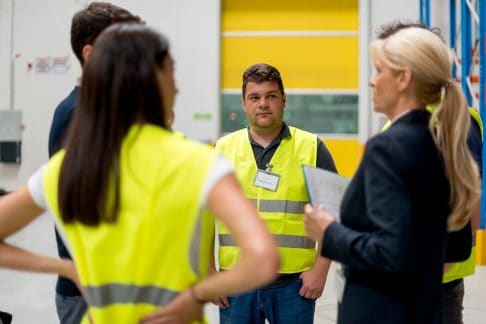 We’ve heard a lot in the past few weeks about building a bridge for households and business to reach the “other side” of the COVID-19 crisis.

The Federal Government’s new Australian style $130 billion wage subsidy will give us a fighting chance of doing so.

Like many notable Australians, key elements of the scheme were born New Zealand.

But our Government deserves credit for picking up the job subsidy element from our Kiwi cousins. Keeping as many people as possible in jobs and as many firms in business is the best way to cushion both from the economic and social costs of this crisis.

Affected workers will get bigger payments

The wage subsidy plan gives affected businesses $1,500 per fortnight to help pay the wages of an estimated 6.7 million Australians for six months.

At around $39,000 a year, the new payment is close to 70 per cent of the typical (median) wage in Australia of $58,000, or about half of the median full-time wage. By contrast, the previously announced increase in the Jobseeker allowance offers sacked workers close to $29,000 a year, or half of median earnings.

The wage subsidy scheme will be available for any employee — including part-time workers and eligible casuals — on the books as of March 1, so it captures people retrenched or stood down in recent weeks provided firms now bring them back onto the books.

For low and middle-income households, these higher payments give them a good chance of covering the rent and bills. And high-income earners can still dip into their super if they need further cash.

The scheme is a job subsidy

The real advantage of this scheme, unlike those adopted by the UK and across Europe, is that affected businesses receive the payment for all employees, including those still working.

This is in effect a $1,500 per fortnight contribution to the salaries of each staff member.

Many of the more than 25 per cent of workers earning below that today will get a pay rise.

Stringent social distancing measures could leave as many as one-third of workers without jobs, based on recent overseas estimates.

But the full effect of this crisis on employment could be much larger, as flow-on impacts on suppliers and uncertainty over the duration of lockdowns deter discretionary spending by consumers and businesses.

Many of even the most resilient businesses would struggle with six months of little or no revenue: the wage subsidy insulates them against risk of an extended shutdown.

And substantially reducing the cost to the business of employed workers will be help them retain marginal workers who might otherwise have lost their job.

There will be implementation challenges

Under the Australian scheme, participating employers, rather than Centrelink, will be responsible for delivering the assistance to stood-down employees.

This should be a relief for workers. The frustration and uncertainty of dealing with Centrelink was on full display last week, and preventing others from having to go through something similar can only be a good thing.

But the scheme will generate some enforcement challenges and pockets of perverse incentives.

Firms will have to apply to participate.

So the accountants will be kept busy delaying the timing of sales to make sure their businesses qualify. And we should also expect firms to move some of their higher-wage workers on part-time hours in the coming months to align with the Government’s flat-rate subsidy.

A broad wage subsidy will also make it harder to shift workers from idle sectors (where their pay is subsidised) to expanding ones (where it won’t be). No doubt more wrinkles will be found, and exploited, in time.

But given the imperatives of speed and scale for these economic rescue packages, these imperfections are tolerable.

Like many schemes abroad, the first payments to firms in Australia won’t be made until May, but will be backdated to March 30.

Many firms will need to cover the shortfall from their own cash reserves, or via short-term loans. Here the Government’s previously announced plans to boost cashflow for small and medium-sized businesses and offering to guarantee 50 per cent of the value of unsecured loans of up to $250,000 for firms with turnover of less than $50 million will help. As will a new lending facility announced last week to allow banks to access discounted credit when they lend to small and medium enterprises.

The “Aussie style” package gets marks for both scale and substance.

It’s not perfect. But it should give Australia a fighting chance of weathering the worst of the economic fallout.

And that’s something we can all get behind in these difficult times.