Deaths of despair in Australia

Life expectancy in the United States has fallen in recent years, a distressing development for a developed country not in the grip of a major war or pandemic. The fall in American life expectancy has been largely driven by a rise in drug overdoses and suicides, particularly among middle-aged people, a phenomenon dubbed ‘deaths of despair’ by the economists Anne Case and Angus Deaton.

Here in Australia, life expectancy has continued to rise, albeit slowly. But that doesn’t mean we’re free of the ‘deaths of despair’ trauma gripping the US. 1 The Australian Institute of Health and Welfare’s appropriately-named GRIM dataset – the General Record of Incidence of Mortality – shows some worrying trends, particularly among men.

The number of Australians dying by suicide has also shown a worrying rise in recent years. The rate at which men and women in their 40s and 50s commit suicide is higher now than it has been in decades. And the suicide rate among younger men has also risen in the past five years, after declining substantially through the 2000s. 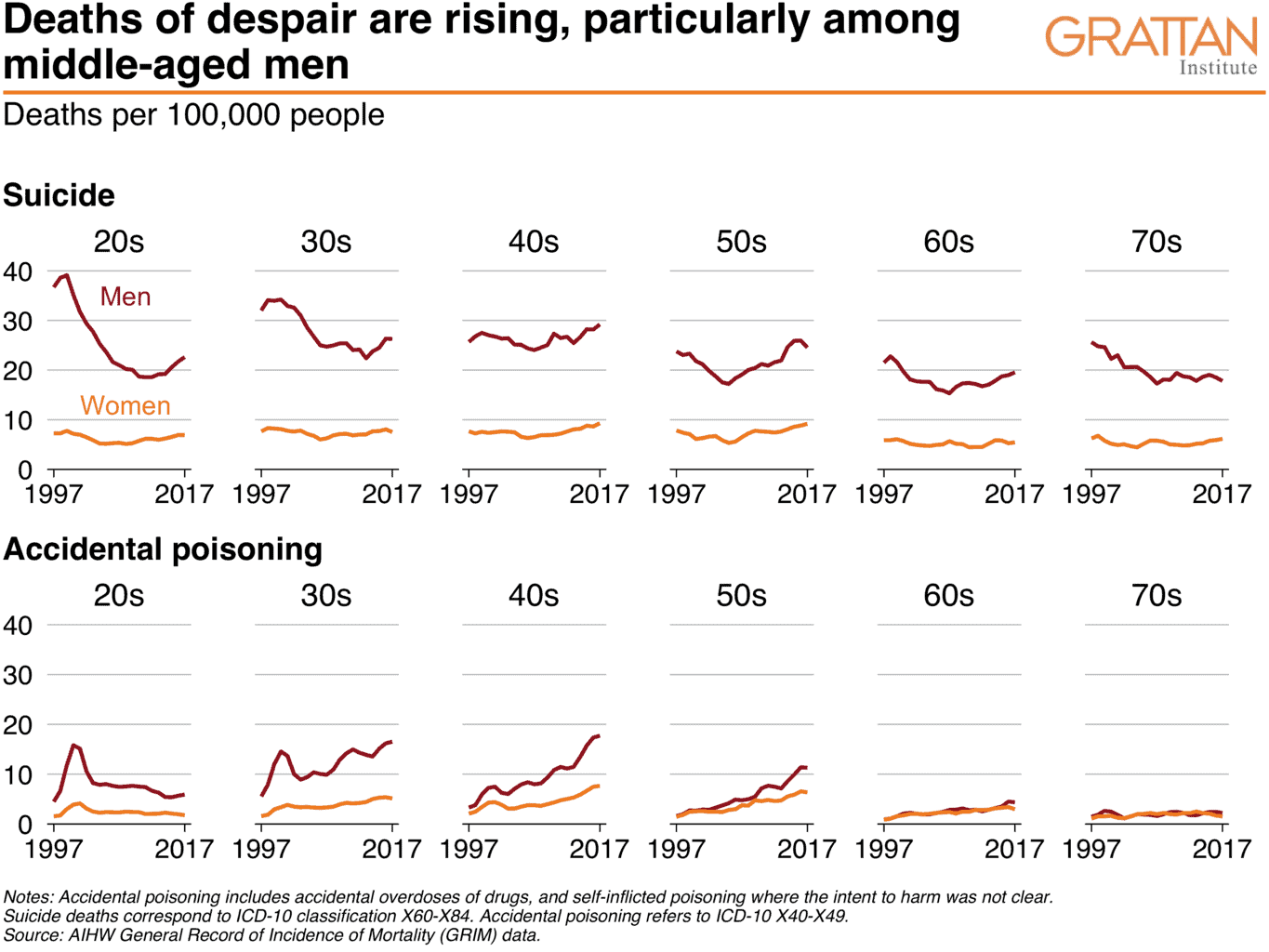 It is not entirely clear why ‘deaths of despair’ have risen so sharply in the US and to a lesser extent Australia and the UK. In the US, Case and Deaton (the latter a Nobel Prize-winning economist) have linked the trend to ‘the steady deterioration in job opportunities for people with low education’, and a rise in loneliness and social disconnection, combined with the widespread availability of opioids. It remains an area for active research.

The ‘deaths of despair’ trauma is not as acute in Australia as in the US, but we have no cause for complacency.

If you or someone you know needs help, please call Lifeline on 13 11 14 or visit lifeline.org.au. Alternatively, call the Suicide Call Back Service on 1300 659 467 or visit suicidecallbackservice.org.au.