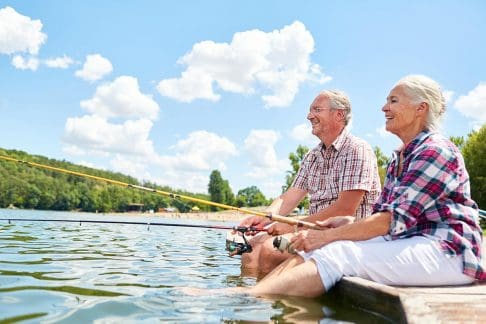 Most Australians fear that the age pension won’t exist by the time they retire. It’s a view shared by more than half of Australians, and almost two-thirds of those aged under 55 years. They should relax.

The federal government’s retirement income review, released late last year, shows that the pension is going to remain affordable for the government and that most seniors will still rely on it into the distant future. Meanwhile, an ageing Australia means that any political party that tries to reduce or abolish the pension can expect to be punished at the ballot box.

The review’s projections show that the government’s spending on the pension is likely to fall, not rise, as a share of the economy, over the next 40 years.

In 2001, the pension cost 2.2 per cent of GDP. It’s now about 2.5 per cent, and the review projects a fall to 2.3 per cent by 2060. That’s despite the ageing of the population which will mean that a growing share of Australians become eligible for the pension, but there will be fewer Australians in work to pay for it. Nor will only the poorest Australians rely on the pension in the future. About three in five people will still qualify for the pension in retirement in four decades’ time, regardless of whether compulsory super rises to 12 per cent of wages as legislated, or stays at 9.5 per cent as we at Grattan Institute believe it should.

About half of younger Australians today will receive half or more of their income from the age pension when they retire. In fact, they will typically enjoy a better living standard in retirement than during their working lives. Any government efforts to make most Australians self-sufficient in retirement are likely to do more harm than good. For instance, modelling for the review shows that lifting compulsory super from 9.5 per cent to 12 per cent would cost taxpayers more in super tax breaks – right through to 2055 – than it would save from reduced spending on the pension. And even in 2055, 35 years of accumulated debt – more than 2 per cent of GDP – would need to be paid back before taxpayers ended up ahead.

Any government efforts to make most Australians self-sufficient in retirement are likely to do more harm than good.

And there’s little chance of any political constituency calling for wholesale cuts to the pension. A growing proportion of Australia’s voters are aged 55 or older. Between 1995 and 2015, the proportion of eligible voters in that group grew from 27 per cent to 34 per cent. But they wield even more power than that figure suggests: because younger Australians are less likely to enrol to vote, people aged 55 or older now make up 38 per cent of enrolled voters. Wholesale cuts to the pension would be an incredibly tough sell for any party.

Second, the pension is also the one part of our retirement system that is closing the gender gap in retirement incomes, since it redistributes income to women who, on average, have fewer retirement savings than men.

And third, the pension plays a crucial role in insuring Australians against many risks they face in retirement – that returns on their investments are lower than expected, or that they live longer than expected.

Superannuation typically doesn’t insure people against these risks. In fact if retirees did draw down on their superannuation savings – as few do today – many would find themselves eligible for a larger pension later in life. The retirement income review has a clear – and welcome – message for Australians who worry that the pension will disappear: don’t. 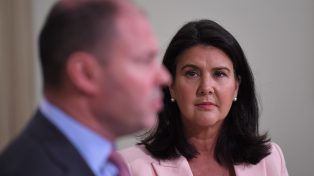