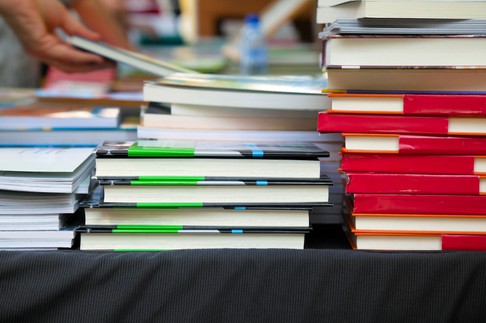 FactCheck: does Australia run one of the most generous student loan schemes in the world?

Published at The Conversation, Wednesday 6 January

Australia runs one of the most generous student loan schemes in the world. – Minister for Education and Training Simon Birmingham, speaking with Sarah Dingle on ABC Radio National Breakfast, January 4, 2015.

When asked for data to support the assertion, a spokesperson for the Department of Education and Training said that

You can read the full response here.

Overall, it is true that many features of Australia’s loan schemes for tuition fees make it more generous than most other countries that charge for higher education. But from a student’s perspective, how generous Australia is depends on exactly which aspect of the loan scheme you’re looking at.

This FactCheck will examine how Australia compares to other countries when it comes to:

Many other OECD countries also offer public loans to students for higher education, usually a mortgage-style loan. Under mortgage-style loans, repayments are required regardless of income and do not vary with how much debtors earn.

Unlike mortgage-style loans, income-contingent loans prevent students who are unable to repay going bankrupt or having their credit rating downgraded. That could be considered generous.

How does Australia compare to other countries with income-contingent student loans?

Three key aspects of HELP’s settings determine how generous it is among countries with income-contingent student loan schemes:

The HELP income threshold of around A$54,000 makes it the highest in the OECD. For graduates with a relatively low to average income (below A$54,000), the scheme is more generous than in other countries.

If a HELP debtor earns just above the threshold, she or he would repay 4% of total income – A$2,100.

Compulsory repayments by income and country The last test of generosity is the interest rate the government charges on student loans. Australia indexes HELP loans to the consumer price index, which means that loans keep their value in real terms. The government typically borrows at a higher rate, so taxpayers pay much of the interest on student debt – a point that was emphasised by the minister in the interview referred to at the beginning of this article.

While Australia’s system on interest is generous, New Zealand’s is more so: the NZ government charges no interest on student loans unless debtors live overseas for longer than six months.

In England, interest rates on student loans vary by income. If debtors earn below the income threshold, their debt would be indexed to the retail price index or RPI (a measure of inflation).

But on income above the threshold (or study full-time), the interest is up to RPI plus 3%. High-income debtors face higher interest rates making their student loans less generous than the Australian system. Both the US and the Netherlands charge the government’s cost of borrowing on their student loans.

Are there any countries where students don’t need a loan to get a degree?

Finally, it’s worth noting that several OECD countries, including Germany, Finland and Sweden, charge only nominal tuition fees or no fees at all.

In England, most teaching subsidies have been abolished and students pay the full cost of their degree.

Senator Birmingham is right: Australia does run one of the most generous student loan schemes in the world. It’s one of the few countries to offer income-contingent student loans – saving people on low incomes from paying off their students loans, as is more common in the US and other countries.

Is it the cheapest place in the world to get a degree? That’s a different question altogether. As noted above, several OECD countries, including Germany, Finland and Sweden, charge little or no tuition fees.