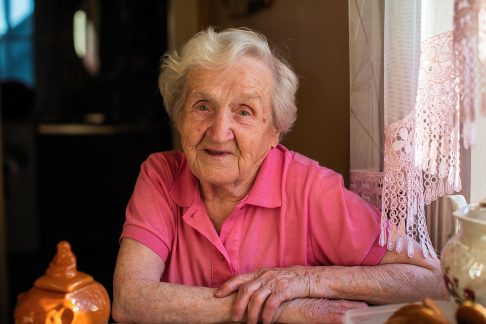 Published at The Conversation, March 2 2020

This morning the Grattan Institute releases its submission to the government’s retirement incomes review, a review called in anticipation of five annual increases in compulsory superannuation contributions, scheduled to begin in July 2021.

Our research shows the super increases aren’t necessary. For most Australians, retirement incomes are already adequate. Since higher super contributions will come at the expense of wages, the scheduled increases should be abandoned.

But there are big problems the review will need to confront.

Here are five changes that would tackle them.

While most Australians are comfortable in retirement, the system is failing too many poorer Australians, especially low-income women and retirees who rent.

Senior Australians who rent privately are more likely to suffer financial stress than homeowners or renters in public housing. And it will get worse because young Australians on lower incomes are less likely to own homes than in the past.

A common concern is that boosting rent assistance would lead to higher rents. But that’s unlikely: households would not be required to spend any of the extra income on rent, and most would not.

While retirement incomes are adequate for most retirees, the age pension assets test excessively penalises people who save more for their retirement.

The changes resulted in very high effective marginal tax rates on retirement savings, so much so that a typical worker who saves an extra $1000 at age 40 increases their retirement income by only $25 each year, or $658 over 26 years of retirement, which is a negative return on money saved for decades.

The age pension withdrawal rate should be cut to $2.25 per fortnight for each $1,000 of assets above the threshold. This would cost the budget about $750 million a year.

For middle and high-income workers, this change would have a bigger impact on retirement incomes per government dollar expended than boosting compulsory super.

Newstart, together with the disability support pension, provides an important safety net for Australians who are unable to work right through to retirement age.

Yet while the age pension and disability support pension are indexed to wages, Newstart is not. It only climbs in line with inflation. It should be increased by $75 a week and then indexed to wages going forward.

This would cost a lot but it would help the growing legions of older Australians, many of them women, who find themselves among the long-term unemployed in the years leading up to retirement, or are forced to retire early. And it would lift many more younger Australians out of poverty.

4. Include the home in the pension assets test

Falling rates of home ownership mean we are at risk of creating an underclass of retirees who rent.

And our retirement incomes system makes this worse by favouring homeowners over renters. Once a person is retired, their home is treated differently to their other assets. Which is why $6 billion in pension payments go to people with homes worth more than $1 million.

It’s time for more of the value of the family home to be included in the pension assets test. Counting more of the home above some threshold (such as $500,000) would be fairer and would save the budget up to $2 billion a year.

No pensioner would be forced to leave their home. Pensioners with valuable homes could continue to stay at home and receive the pension under the Government’s pension loans scheme, which recovers debts only when homes are eventually sold.

Superannuation tax breaks cost a lot – tens of billions each year in foregone revenue, with half the benefits flowing to the top one fifth of income earners, who already have enough resources to fund their retirements.

And the costs are set to climb further as super balances climb. The cost of the earnings concessions alone is set to climb from $17.4 billion to $20.8 billion over the next four years.

Three reforms would keep them in check.

These changes to super taxes free up money to help Australians who need help without hurting the retirement prospects of middle Australians.

Australia’s retirement incomes system works well, but there are things that need fixing.

The reforms we propose would make retirement fairer, save taxpayers’ money, and ensure that all Australians can enjoy a comfortable retirement free from poverty.