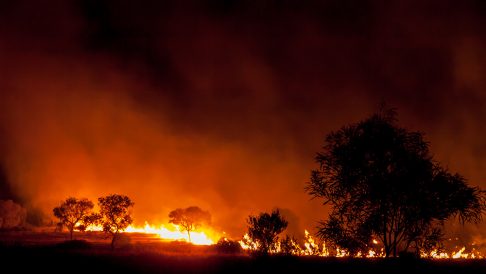 Good policy making is a game of inches, not kneejerk reactions

It’s getting harder to pursue policy change in the public interest in Australia. Many in the electorate are reluctant to engage in the give and take that is the essence of good government. In the face of sluggish prosperity growth there is an understandable instinct to resist changes that would impose any loss. The 24-hour online and social media cycle is reinforcing these instincts.

What’s more, well-funded special interests such as businesses and unions are putting more resources into convincing people that the public interest just so happens to coincide with their vested interest. Politicians are often reluctant to bite the interests that feed their electoral campaigns and increasingly employ them once they become ex-politicians.

As the electorate’s fear of change and vested interests are becoming stronger, the institutional forces that counter them – political parties and the public service – are becoming weaker.

Political parties are losing their ability to represent the public interest. Their membership represents a shrinking cross-section of the community, and they debate policy less. For the remaining members they are often just a route to power – whether by election or appointment.

Meanwhile, the public service’s ability to provide strategic policy advice is being hollowed out, as documented by the recent Thodey Review of the Australian Public Service. “Efficiency dividends” have tended to cut strategic policy areas. More of the public service’s time is being spent responding to short-term issues, so the policy muscles waste away. We’re falling into a vicious cycle: when governments do want policy work, they often commission external consultants to do it – and so the best and brightest are increasingly attracted to work outside the public service.

It doesn’t help that more politicians think that it is their job to identify policy changes, and that the job of the public service is simply to implement them. This is a strange view: public servants typically have deep expertise in a policy area, an accurate understanding of what has (and has not) worked in the past, and an ability to identify unintended consequences.

Politicians often lack much of this. Their expertise is typically a much deeper connection with voters – an understanding of what will and won’t fly in popular debate, and an instinct for knowing how much targeted communications might nudge public opinion along.

And yet, politicians increasingly think they know better. The National Broadband Network, Snowy 2.0, the Melbourne Suburban Rail Loop – a veritable herd of white elephants – were all conceived and announced before receiving any substantial input from public servants.

It is no wonder that trust in government is falling when the underlying problems are getting harder, fewer policy changes are actually improving things, and there is an increasing perception – and arguably reality – that government is run for a few big interests. The survey evidence shows that trust in the public service hasn’t changed much in decades; whereas trust in politicians and political parties is falling fast.

Nevertheless, in responding to Thodey’s detailed review of government administration, the Commonwealth government supported significant changes to the public service, but resisted all of the recommendations that might constrain the power of politicians or their advisers.

Recommendations that the government rejected include a legally binding code of conduct for ministerial advisers, more public servants in ministerial offices, more systematic public evaluations of programs and policies, protocols for the public service to publish independent and timely research, principles to govern “machinery of government” changes, an independently written Intergenerational Report, a more transparent process (including formal advice from the APS Commissioner and the Secretary of Prime Minister & Cabinet) to appoint and terminate departmental secretaries, and more transparency for agency head appointments.

What should we do about this grim diagnosis?

Difficult problems require careful, detailed, well-thought-out solutions. The quick answer is usually the wrong answer. Good answers take time, depend on an evidence base, and almost always require trade-offs. Often, better policy is a game of inches, which add up over time. We need politicians who engage in this detail, and who are prepared to stare down vested interests and to explain the rationale for reform to the public – assisted by the public service.

Such basic competence might seem a little idealistic. But we’ve done it before. The 2009 Black Saturday bushfires in Victoria claimed 173 lives. They were horrific – but much smaller scale than this summer’s fires which so far have far fewer fatalities.

That’s in part because people responsible for emergency management changed the nuts and bolts of bushfire policy: how we monitor, communicate, and advise people to respond to bushfires. It’s not very glamorous, but it has made a difference.

If we want 2020 to be a year of hope, despite its disastrous beginning, then we need more of this kind of policy-making. And that will require governments prepared to make some of the more difficult institutional reforms outlined above that would help the public service to provide genuinely independent advice more often.