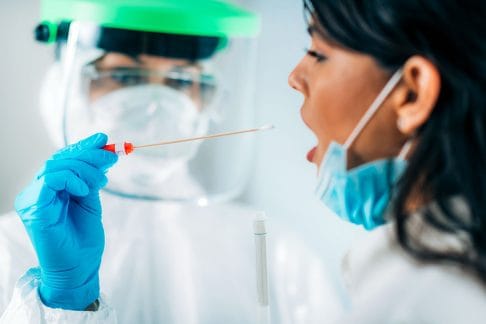 Governance lessons for Australia from COVID-19

The coronavirus pandemic transformed Australia’s health system as new ways of working were implemented with unbelievable speed. Faced with a national catastrophe at the start of March as infections grew exponentially, it was clear that ‘business as normal’ wouldn’t be enough: without dramatic action, hospitals would have been overwhelmed by mid-April.1

Constitutional responsibility for dealing with the pandemic is split between the Commonwealth – essentially responsible for border control including international quarantine, the economy, and taking a lead on primary care – and the states and territories, responsible for public health including lockdown rules, emergency management, and management of public hospitals and schools. The national cabinet was therefore essential if there were to be even a semblance of consistency across the country.

Under normal circumstances, the Commonwealth uses its greater fiscal power to push its agenda. This has seen a progressive expansion of Commonwealth involvement in health, with duplication of responsibilities and fragmentation of leadership, coordination, and management.2 None of this was tenable in the current circumstances.

Commonwealth ministers can and did opine at length about what the lockdown provisions ought to be, or whether schools should open, but the decision-makers on both of these critical issues were state and territory leaders accountable to their own electorates.

National cabinet may have worked so well because it was a meeting of equals, each with their sovereign responsibilities, with the state and territory leaders not mere supplicants looking for Commonwealth largess. Whether this can be maintained post-pandemic is a moot point.

The pandemic also highlighted the fact that the Commonwealth Department of Health operates primarily to fund states or private businesses–it performs almost no direct service delivery and it has only limited capacity to coordinate local activity. During the pandemic it used the Primary Health Networks as local coordinating agencies, including distributing masks, but they are intentionally small and operate as ‘commissioning’ rather than delivery agencies.

In contrast, the states and territories run things, most notably public hospitals. They have public health staff who could be deployed to perform contact tracing. The states and territories quickly mobilised their services to respond to the pandemic. They were quicker than the Commonwealth to establish new testing and treatment clinics and reprioritise hospital work.

The appropriate division of responsibilities between the Commonwealth and states in healthcare has been debated for decades with no real change. The big question is, can the lessons from the pandemic provide a stimulus for change?