Grade repetition: there are better ways to move kids forward than by holding them back

by Danielle Romanes and Jordana Hunter

Published at The Conversation, Monday 21 September

If you take a typical Australian classroom and line up the students by their current achievement levels, you will find a five- to six-year spread between the most and least advanced 10% of students. When students are being left behind the solution presented is often to hold them back a grade, making them repeat a year level.

Every year thousands of students repeat a grade for academic or social reasons. The OECD estimates about one in 12 Australian students are held back at some point in their schooling.

The idea is that if struggling students are given extra time to mature or to master educational building blocks that they’ve stumbled on, they’ll fare much better in the years ahead.

While the logic is seductive, the evidence is unequivocal: holding kids back is the wrong solution. Not only is repeating a year unhelpful, it’s one of the few educational interventions that does a great deal of harm.

According to the evidence, if you take two students with similar levels of achievement and hold one back, after a year the retained student will be on average four months behind the other in terms of academic achievement.

The retained student will also have lower self-esteem, attend school and complete homework less often, be less motivated and have a more pessimistic view of their academic potential. Despite completing an additional year of schooling, they are unlikely to ever catch up with their peer and are more likely to drop out of school without finishing.

There will always be exceptional circumstances where grade repetition may make sense for an individual student. But, on average, repetition is incredibly harmful. The evidence shows it’s very difficult to predict ahead of time whether a given student will prove the exception or the rule.

No parent would ever knowingly sign their child up to the bleak outcomes described above. But the decision to retain is often born of desperation. If their child has moved up a grade year after year, only to fall further and further behind, how can more of the same help?

Unfortunately, it’s likely that grade repetition also promises more of the same. If a Year 9 student is struggling to meet grade-level expectations, chances are they have missed out on core learning skills earlier on.

Sitting through the same curriculum twice won’t help much. Instead, the child needs strategies that provide additional support targeted at the precise areas in which they are having difficulty.

There are better ways to address the needs of struggling students in Australian classrooms. We need to abandon faith in permanently segregating students according to ability through grade repetition and streaming.

The evidence is clear that these don’t lift overall achievement. Grade repetition harms the students who need help the most, while streaming benefits a minority of high-achieving students at the expense of the rest and has a negative impact overall.

Even in streamed classes, learning needs for individual students will differ. One child may be writing at a level roughly two years ahead of most others in his Year 8 English class, while still needing extra help with grammar. Ignoring these differences can mean that basic gaps balloon into broader obstacles to future progress, while opportunities to excel are left untapped.

Instead of trying to eliminate classroom differences, we should provide teachers with the support they need to differentiate the curriculum, rather than pitching it at the classroom average or at year-level expectations.

In this approach, which we describe in our recent Grattan Institute report Targeted Teaching, teachers collect evidence of their students’ learning needs on a continuous basis and integrate it into their teaching. They use it to pinpoint what their students are ready to learn, and target their teaching accordingly. They also use it to identify what and how much their students have understood, so that they can give effective feedback to their students and evaluate the effectiveness of their own approach as teachers.

Targeted teaching can ensure that learning difficulties are quickly identified and addressed, rather than left to fester year after year. It could dramatically reduce the temptation to have children repeat grades.

Targeted teaching requires making a better range of assessment tools available in every school, and providing teachers with time and training to use the tools and interpret the results. Schools can start by using resources more effectively, but many will require significant additional support from education systems.

Ultimately, the investment will be worth it. It costs at least A$8000 to have a student repeat a grade, much more in some schools. At this rate, we’re wasting about A$200 million on every new cohort of Prep (or Kindergarten) students as they move through school. (This was calculated by multiplying A$8000 by 8.4% – one in 12 – of the 310,198 students in Year 1 of schooling in 2014.)

And this accounts only for the direct costs of an additional year of schooling. When repetition backfires, the economic and social losses can be many times larger, for both the student and the country.

The evidence is overwhelmingly clear that repetition should not be the default system response for students who fall behind. What’s needed instead is a proactive educational approach that monitors, identifies and responds to learning needs before they become learning problems. 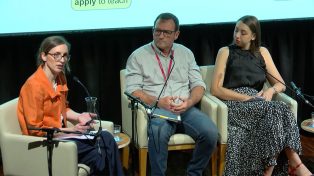