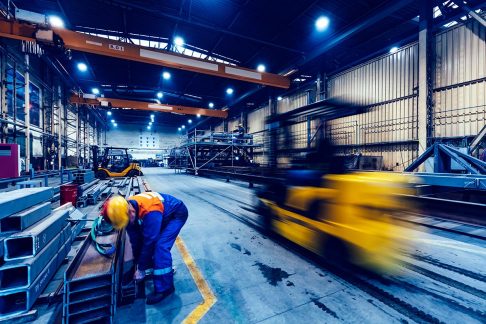 Green steel is no longer a fantasy

Published in The Australian Financial Review, May 11 2020

As we begin a debate about reinvigorating Australian manufacturing, an opportunity is emerging that could do just that.

Globally competitive renewable energy matched with our major iron ore resource has the potential to create thousands of jobs in regions likely to be in trouble as the world turns away from fossil fuels in coming decades.

Over the past few years, Australian industry achieved annual exports of about $70 billion of iron ore, $40 billion of metallurgical coal to turn that ore into steel, and $20 billion of thermal coal for generating electricity. These figures will undoubtedly be dented by the economic impacts of COVID-19 in the short term.

In the longer term, there is a strategic risk with large consequences as the world begins to seriously tackle climate change. We need a strategic response, whether these changes emerge over 10, 20, or 30 years.

Australia has close to 100,000 “carbon workers” – workers in coal mining, oil and gas extraction, fossil-fuel generation, and integrated steelmaking. About half of these workers are concentrated in a few geographic areas, notably central Queensland, and the Hunter region of NSW.

Grattan Institute analysis of voting patterns at the 2019 federal election shows that voters in such regions swung harder than average to the Coalition. Labor’s idea of a “just transition” failed to allay carbon workers’ fears that ambitious climate change policies would destroy their high-paying jobs.

Building on the recent work of people such as Chief Scientist Alan Finkel and economist Ross Garnaut, Grattan has published a report, Start with steel, which charts an economically viable alternative path.

Demand for low-emissions industrial commodities is emerging and will grow over coming decades. We analysed several emissions-intensive sectors, including aluminium, cement, aviation fuel, ammonia, and steel. We concluded that “green steel” is the best opportunity for large-scale exports and job creation in key regions – benefits beyond the reach of simply investing in large-scale renewable energy.

Green steel is made by using hydrogen, rather than coal, to strip the oxygen out of iron ore. The byproduct is water rather than carbon dioxide.

Australia’s high-quality wind and solar resources will give us a significant competitive advantage in making the hydrogen needed in a decarbonised steel industry.

It is easy to put coking coal on a ship, but much harder to ship hydrogen. The difference decisively shifts the economics. It will make sense to manufacture green steel here in Australia rather than in the energy-poor countries of Asia.

This opportunity arises not from wishful thinking or endless subsidies. Rather, it arises from a comprehensive analysis of the economics of current and emerging steel technologies.

It is built on Australia’s unique combination: extensive and competitive iron ore and renewable energy resources, to be matched with emerging hydrogen production. It is consistent with the federal government’s priority for technology-led investment to lower emissions. And it is based on economics – not on ideology, either for or against strong domestic action on climate change.

This opportunity will not happen overnight. But our analysis shows that capturing about 6.5 per cent of the global steel market would generate about $65 billion in annual export revenue and could create 25,000 manufacturing jobs in Queensland and NSW.

Managed well, this new prosperity would increase as carbon-based jobs decline. There is, however, no guarantee of success: it will be a competitive field, and where global moves towards decarbonisation will be inherently uncertain.

The investment needed to deliver this global-scale opportunity will only come from the private sector, not government. But our governments should plan for and facilitate this future, now.

Moving Australian steelmaking towards lower-emissions technologies in the next decade would build the domestic skills and capabilities needed to create an export-oriented green steel industry in the following decades. In that context, federal funding for a steel “flagship” project would be a worthwhile investment, given the size of the opportunity.

While the export opportunity is the longer-term prize, a flagship project in the near term and using gas in the interim, could also help sustain existing steelmaking jobs in Whyalla in South Australia or Port Kembla in NSW.

Australian governments should focus on existing commitments to drive down the cost of producing renewable hydrogen, through the National Hydrogen Strategy. And our governments should fund and publish pre-commercial studies of the geological potential for underground hydrogen storage.

For too long, adding value to Australia’s energy and minerals resources and creating sustainable jobs through manufacturing and exporting have been the stuff of dreams.

Green steel combines minerals and energy resources in an eyes-wide-open opportunity, based on credible underlying economics in a changing world. Such opportunities do not come along every day and are always hard to realise. This one is worth the effort.