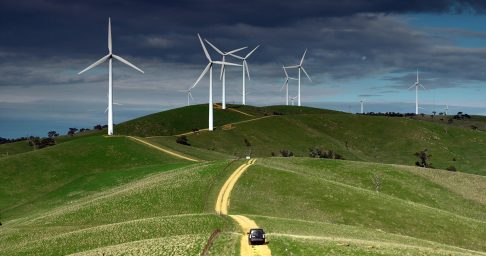 At the start of 2021, credible and stable energy and climate policy seems farther away than ever. Yet prices and electricity sector emissions are falling, and the outlook for reliability is better than it has been for some summers.

Just maybe, policymakers will take 2021 as an opportunity to reconcile political fears with economic substance and answer one of the most tortuous and important policy issues of our time: how to deliver reliable, low-emissions energy at lowest cost.

There are two big underlying policy questions. The first is whether we are at the point where the climate war changes from an intractable political battle to a real policy debate.

The next federal election and the Glasgow international conference on climate change will determine whether the Morrison government maintains its steady-as-she-goes position on emissions reduction or move to fundamentally address climate change.

Naked, practical politics will determine how far the Prime Minister is prepared to go.

The government’s 2030 target is achievable – the annual rate of reductions over the next decade is projected to be only half what we have already achieved on average since 2005.

But it sets up a big challenge beyond 2030: emissions outside electricity are projected to be flat or rising, but the average rate of reduction would have to increase from about 3.5 million tonnes per annum to 24 mtpa to deliver net zero by 2050.

Carbon neutrality by 2050 is a plausible strategic objective. Labor is committed and the government is starting to talk the talk. The challenge for both sides is that politics makes implementing policy very hard.

Scott Morrison is correct to argue that setting a target without deciding how it will be achieved is insufficient.

Yet the mantra that his government will do it with technology and not taxes is a false choice. Supporting development of immature technologies is necessary, but some mix of carrots and sticks is required to deploy all low-emission technologies at scale.

Herein lies the PM’s challenge within his own government.

Having set its long-term target, Labor is stuck on designing a policy framework to hit the target.

Doing so without getting caught on the detail and the costs is one problem. Labor’s previous target of 45 per cent emissions reduction by 2030 was just left hanging in the breeze at the 2019 election, to be linked by the government to job losses in key seats in regional Australia. Labor’s challenge is to stitch the narrative together – it shouldn’t be that hard.

The second question is whether governments’ need for certainty and control of electricity supply leads to a version of nationalisation, or whether a market-based model can emerge that satisfies that need. Government intervention is routinely listed as investors’ major fear.

The Energy Security Board will make one last attempt to reconcile the opposing forces in the first half of this year. The future of the National Electricity Market and the ESB itself depends on the outcome.

Good results on energy and climate change policy in 2021 are possible but not assured. Setting expectations is a fraught task, but why not speculate?

A good result would be a credible mechanism for efficient, economy-wide emissions reduction against firm milestones towards a credible objective; a set of reforms to the NEM that preserves the primacy of markets and satisfies key concerns; and ministerial commitments to work with a renewed energy market governance structure. The likely result: a well-regulated market delivers efficient investment that meets both emissions reduction and reliability objectives at lowest cost.

A bad result would be a government climate change policy stuck on vague long-term objectives and another battleground in the climate war; disintegration of the NEM amid government interventions and disagreement from industry; and a form of nationalisation of electricity and gas infrastructure driving higher costs, lower reliability, or both. The likely result: planning and regulation delivers high certainty, but at high cost.

A muddled result would be a target of net zero emissions by 2050 supported by a flimsy platform of technology commitments and questionable assumptions; ongoing market intervention by governments to meet their need for certainty without ever quite achieving that goal; and a semi-planned pseudo-market that provides little confidence on reliability, emissions, or prices.

We can hope for the first, fear the second, and prepare for the third. Whichever way things go, there will be consequences, economically, financially, environmentally, and politically. Twenty-twenty-one is shaping as a wild ride on energy and climate policy – hang on!

Grattan Institute · What's ahead for climate policy in 2021? Climate change policy is in for a rocky ride in 2021. And sometimes it’s hard to make sense of where Australia stands on climate change…