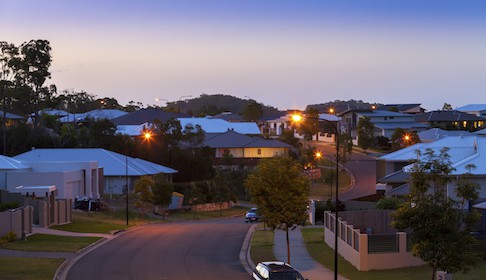 For all the partisan differences between the NSW Liberal and Victorian Labor state governments, NSW Premier Gladys Berejiklian’s new housing plan might well have been published in Spring Street, Melbourne.

Both governments are doing what voters say they want. But voter instincts about the key policies to improve housing affordability are misguided. And so unless governments start to lead more strongly, voters are likely to be disappointed.

As in Victoria, giveaways to first homebuyers are the centrepiece of the NSW package.

First homebuyers buying off the plan will be exempt from stamp duty if they pay up to $650,000 for a home, up from $550,000 now. Those paying between $650,000 and $800,000 will pay less stamp duty than now. These concessions will be extended to first homebuyers of existing homes, not just new housing. There will be extra grants for those purchasing or building a new dwelling.

These giveaways sound like they will improve affordability for first homebuyers, and are extremely popular with voters. But in reality they are second homesellers’ incentives: the biggest winners will be people who own homes already, and property developers with new homes ready to sell.

That’s because in effect sellers pay most of the stamp duty, even if buyers hand over the cheque. When buyers don’t have to pay as much stamp duty, they’re prepared to pay more for the property.

Of course giveaways to first homebuyers also need to be paid for. And as in Victoria, foreign and local investors in NSW have been volunteered.

Foreign investors will be slugged with an 8 per cent stamp duty surcharge when buying a home, up from 4 per cent previously. A foreign buyer purchasing an $800,000 home in NSW will now pay a whopping $95,490 in stamp duty, more than three times the amount paid by local homebuyers. Meanwhile the 0.75 per cent annual land tax surcharge on all foreign homeowners introduced last year has been lifted to 2 per cent.

Recent surveys suggest slugging foreign investors will be even more popular than giving extra grants to first home-buyers. Foreigners are easy scapegoats, and even better, they don’t vote. Of course tighter rules on foreign investors may be warranted, higher taxes are a useful source of revenue, and existing rules should be better enforced. But the fact is that foreigners don’t own much of our housing – perhaps 2 per cent of the value of the residential stock. A lot of the ‘foreign buyers’ at auctions are in fact first- and second-generation migrants who will not be affected by the new rules – and who often do vote.

Local investors will pay a bit more too. They will no longer receive a $5,000 grant when buying off the plan. Nor will they be able to delay paying stamp duty while the new home is being built.

But whereas the Victorian housing plan was broadly budget-neutral – the stamp duty exemptions for first homebuyers broadly matched the hits to foreigners and local investors – it’s doubtful the NSW Government’s plan will be so nicely balanced. We’ll find out in next week’s state budget whether NSW taxpayers are on the hook.

So what policies really would make a difference?

The past decade has not been such a happy story. Planning controls limit how much new housing gets built in the inner- and middle-ring suburbs where most people want to live, and which have better access to the city centres where new jobs are increasingly concentrated. New housing supply has picked up in the past four years, but more is needed to address past shortfalls.

The Victorian housing plan in March barely mentioned urban infill, instead focusing on the urban fringe. By welcome contrast, the NSW government is saying more about boosting the pace of new housing supply.

The NSW government is asking the Greater Sydney Commission to provide housing targets for each local council. It is also proposing to simplify development approvals in greenfield areas, increase housing supply in “priority precincts”, and introduce a new medium-density housing code. The new NSW Planning Minister Anthony Roberts has floated the idea of independent panels to process development applications above a certain value for many urban areas. And the NSW Premier is pushing ahead with forced council amalgamations in Sydney, which may help reform planning rules down the track.

But with planning reforms, the devil is in the detail. The NSW government is yet to decide if independent panels could override local council approval processes. We don’t know how widely the new NSW housing code for medium-density development will apply in those sought after inner- and middle-ring suburbs.

And there will be plenty of opposition. Many people who live in the established middle suburbs don’t like subdivisions in their neighbourhoods – even if these are exactly the kind of dwellings that their children would like to buy, or that they will want in a few years time when looking to downsize.

Not all the signs are promising. The housing packages of both governments make lots of references to “protecting” the “unique character” of local neighbourhoods. Recent changes to Victoria’s zoning rules failed to reverse the former Liberal government’s decision to allow wealthy inner-city Melbourne councils to lock up most of their suburbs in restrictive residential zones. Some modest extra subdivision will be allowed in these tightly-held zones, but it’s unlikely to be enough. It remains to be seen whether NSW does any better once the pressure is on.

The NSW and Victorian governments are both responding to the same kinds of political pressures. After raising expectations among voters anxious to see action on housing, Premier Berejiklian has resorted to expensive and ineffective giveaways to first homebuyers, while scapegoating foreign buyers. NSW is making the right noises on relaxing planning rules to get more homes built, but will it have the courage to persevere in the face of the almost inevitable NIMBY responses?

While voters might not always be right about the best policy responses, they can certainly tell whether housing affordability is getter better. And if it doesn’t, public trust in political institutions will continue to fall, however much our politicians give voters what they say they want.