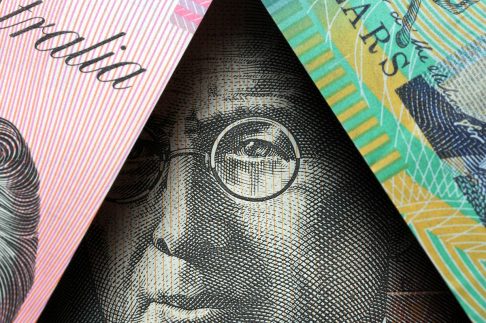 How do you lose $60 billion, and where does this leave Australia?

In the history of government costings missing the target, Friday’s $60bn jobkeeper revision takes the cake as the biggest by a long margin. So what happened?

On 30 March, the prime minister, Scott Morrison and the treasurer, Josh Frydenberg stood up and announced a $130bn jobkeeper wage subsidy scheme. The government estimated that around 6 million employees would access the flat $1,500 fortnight payment through their employers. Frydenberg announced in his statement to parliament on 12 May that this was on track with 5.5 million employees assessed as eligible through the ATO.

On Friday we find out that the true number of employees likely to benefit for the scheme is closer to 3.5 million, at a cost of only $70bn. This means both the initial Treasury forecast and the ATO provisional estimates were a long way out. While there will be many questions for both agencies to answer over the coming months it looks like there were very different errors driving the two mistakes.

First to the Treasury forecast. The jobkeeper scheme was announced during a period of extreme economic uncertainty. Australia was a week into nationwide lockdown and it was clear that many businesses were going to suffer a significant hit to their revenues. Treasury went big on the numbers estimating that almost half of all employees would access the jobkeeper scheme. We know now that forecast was significantly out.

Treasury’s explanation published on Friday says that part of the reason is that the health restrictions didn’t end up being as severe or go for as long as expected.

The severity of the health restrictions makes sense as a partial explanation: if lockdowns were less severe than expected, fewer businesses would meet the threshold of a 30% reduction in turnover (50% for big business) required to be eligible for the scheme.

But the jobkeeper scheme was announced a week after the stage 3 lockdown when much of the economy was impacted by social distancing restrictions. This explanation suggests Treasury may have factored in a more comprehensive New Zealand-style lockdown into their estimates.

The duration of the lockdown is less important to any forecast error. Businesses only have to qualify once for the jobkeeker program and then can continue to access the program for the full six months.

The third explanation could be simple forecast mistake – given significant uncertainty and the large number of assumptions a few simultaneously on the high side produced a number that was wrong by a healthy margin.

Now to the ATO reporting error. Thanks to explanation from the ATO second commissioner, Jeremy Hirschhorn, in a press conference on Friday afternoon, we have a much better idea of what went wrong.

Earlier in the week the ATO announced that around 6.5 million employees were working for employers assessed as eligible under the scheme. This was based on the initial application where employers were asked to nominate the number of employees they were nominating for the scheme. It seems around 1,000 of the 900,000 businesses badly misconstrued the question – writing the dollars they expected to receive rather than the number of employees. For example, the most common mistake was writing 1,500 rather than one.

Importantly the ATO has clarified that those numbers were only used to estimate the size of the scheme rather than distribute funds to employers. All payments were based on the second stage of the process where more detailed and accurate information was provided.

So where does this leave us?

A much more detailed postmortem should be done and should be done quickly on the fate of the 3.5 million workers “missing” from the scheme compared with the original Treasury estimates.

The more of them that are in work and being paid by their employer rather than the taxpayer the more the government is right to paint this as a good news story. However, if a lot of employees missed out because their employer didn’t register for the scheme then this should inform the review of the scheme in June.

Ultimately understanding the assumptions that produced these numbers and where the reality differed is important to understand the scheme and its success or otherwise. And the sheer size of the $60bn miss means that this deserves a lot more than a short press statement on a Friday afternoon.