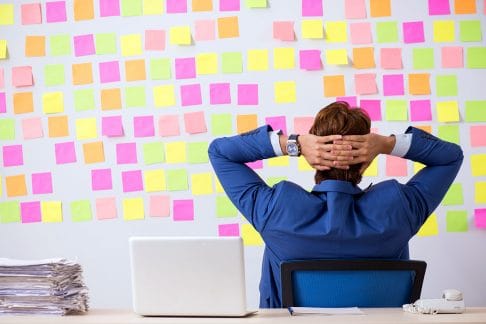 How governments can prioritise their agenda better

Published in The Mandarin, September 2020

A failure to prioritise has been identified as one reason for failings of the Rudd Government, the Abbott Government, and the Shorten Opposition. Trying to do too much, they did too little.

Our report for Grattan Institute, Prioritising a government’s agenda, aims to fill the gap. Prioritisation is hard because it requires a government to leave some worthwhile reforms off the table – at least for now. Prioritisation is needed because the resources for reform are limited. Political capital, ministerial time, public attention, and the bandwidth of the public service to design and implement policy are always scarce.

Inevitably governments need to steer a middle course between doing good and political reality. If a reform both serves the public interest and is wildly popular, then it has usually happened already. Worthwhile reforms usually face significant resistance either from initial public opinion or vested interests.

A really important reform is almost always difficult. Usually it only gets over the line if a government invests in building the supporting evidence, explaining to the public and stakeholders why it is a good idea, designing the reform carefully, and ensuring that execution is followed through. Governments simply can’t manage more than a few of these kinds of reforms at once, so they need to be prioritised.

Budget processes do help to prioritise, but could often be more strategic. They tend to lead to too many initiatives at once, underplay reforms that pay off over the longer term, and don’t pay enough attention to the limits of political capital. So governments should prioritise beyond the budget process as well.

Communities will prosper more if their governments prioritise deliberately. We propose a framework that prioritises potential initiatives depending on their value and their feasibility. Governments should be more articulate about the breadth of the valuable ends they serve.

While rhetoric tends to focus on economic growth, there is little dispute that governments are also trying to improve health, education, public safety, social connection, the environment, the scope for individual choice, and cultural identity. The New Zealand Government’s Living Standards Framework is perhaps the best publicly available framework
summarising these valuable ends.

The biggest stumbling block to prioritisation is not disagreement about what are valuable ends, but how to trade them off. But because evaluating alternative policy responses is the step left out most often in formulating policy, governments often miss options that would better serve all of the valuable ends they care about.

Good prioritisation also requires a more disciplined assessment of feasibility, including the strength of the evidence base, the strength of opposition (including political opponents, interest groups, and public antipathy), and the complexity of implementation.

Governments should prioritise a small number of reforms that are both high value and more feasible, and therefore worth the investment of political capital usually required to get big reforms over the line.

When they identify reforms that are high value but less feasible, governments should invest analytical resources to build the case and the support of stakeholders and the public, so that these reforms become more feasible in future.

Governments should avoid spending scarce political capital on lower-value reforms, delegating the easier ones, and indefinitely deferring those that are less feasible.

Of course, priorities need to adapt to circumstances. Events like COVID-19 can significantly change the value and urgency of particular reforms. And feasibility can change if the evidence base improves, key stakeholders change, or events like the Port Arthur massacre or 9/11 change the public’s view of issues.

But one can be adaptable and remain strategic. A carefully prioritised plan can ensure that more of the really important things get done over time. One doesn’t get asked every day to help prioritise the agenda for an entire government or for a portfolio. But we hope the framework laid out in our report will be helpful next time the question gets asked.