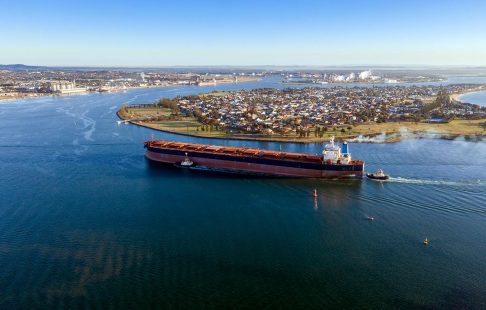 How steel could secure the Hunter Valley’s future

But the future of coal is more uncertain than ever. The cost of renewable energy is plummeting. Coal is in decline in the United States and Europe. Is Asia next? The International Energy Agency forecasts coal use in China – the world’s largest coal consumer – will peak in just two years’ time. And while Indian coal demand is still growing strongly, its Mines Minister recently flagged a boost to local mining and an end to coal imports.

The Hunter region deserves a better strategy than just hoping that demand for coal will continue indefinitely. It is possible that China and India will continue to burn our coal at record rates, as they have done for the past decade and a half. But it is also possible that they will not. We need to be ready for either outcome.

A new Grattan Institute report, Start with steel, sets out a better plan – starting work today to build the foundations of a new manufacturing industry built on clean energy. Using renewable energy to make low-emissions commodities is the best hedge the Hunter’s coal miners have. If the world changes slowly, we’ll keep shipping coal. But if the world changes fast, we will be ready to sell new low-emissions products.

The largest single opportunity for the Hunter is in low-emissions ‘green steel’. Green steel is made by using renewable energy to extract hydrogen from water, and then using this hydrogen in place of coal in the steel-making process. Using coal to make steel releases carbon dioxide, but using hydrogen releases only water.

The Hunter has access to the high-quality renewable energy needed to make hydrogen cheaply. It is the hub of the New South Wales power grid, and can draw a mix of solar and wind energy from the north, south and west of the state.

And unlike coal, hydrogen is very expensive to ship. This means that the best place to make green steel is here in Australia where renewable energy is abundant, not in the many parts of Asia where land, sun and wind are scarce.

The Hunter also has the other key ingredients needed to make and ship green steel to Asia. It has the Newcastle port and, crucially, a large workforce capable of building a new export industry.

Tens of thousands of workers would be needed to host a world-scale green steel industry, comparable to the coal industry today. And the availability of these workers sets the Hunter apart from a place like the Pilbara in Western Australia. The Pilbara has renewable energy and iron ore, but its workers are expensive and few in number. Grattan’s analysis shows that it makes more sense to ship the iron ore to Newcastle than to attract new workers to the Pilbara, where the iron ore is.

This jobs and exports opportunity will not happen overnight. But it is potentially so big that Australian governments – state, federal and local – should start planning for it today. The key is to start modernising Australia’s steel-making capability by moving to cleaner technologies. Coal-based steel-making is cheaper than green steel, so governments will need to fund a low-emissions steel ‘flagship’ project.

Australia’s first low-emissions steel plant might be located in an existing steel town such as Port Kembla or Whyalla, rather than Newcastle. But even so, this investment will build the foundation of a potentially large new industry that could help to secure the futures of the Hunter’s coal miners and their families, towns and cities.

It will take decades to build a world-scale green steel industry. We must start now.