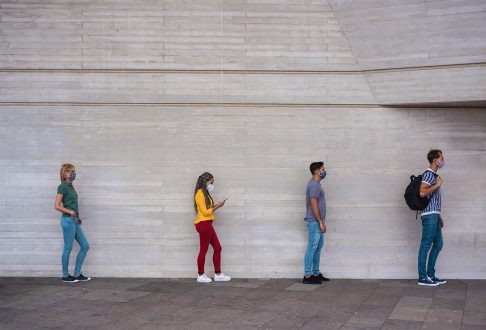 How to get Australians back to work

After managing the first stage of the COVID-19 crisis so effectively, the government now faces a bigger challenge: getting us back to work.

The official employment figures indicate the scale of what’s needed. In the past two months number of Australians with a job has fallen by 835,000. Millions more are in jobs kept on life support by JobKeeper.

Includes Australians regarded as still employed because they are on JobKeeper.

The Reserve Bank’s latest public forecast has the unemployment rate peaking at 10% and then falling to 6.5% (baseline scenario) or 5% (optimistic scenario) by mid-2022.

The case for ambition

The bank and the government ought to aim for something better, closer to 4.5%.

This is the rate it has previously identified as “full employment”, the lowest Australia can sustainably achieve without stoking inflation.

It would mean bringing unemployment down 1.5 percentage points further than it might otherwise fall over the next two years – to somewhere between 4% and 5%.

Projected unemployment with and without extra fiscal stimulus 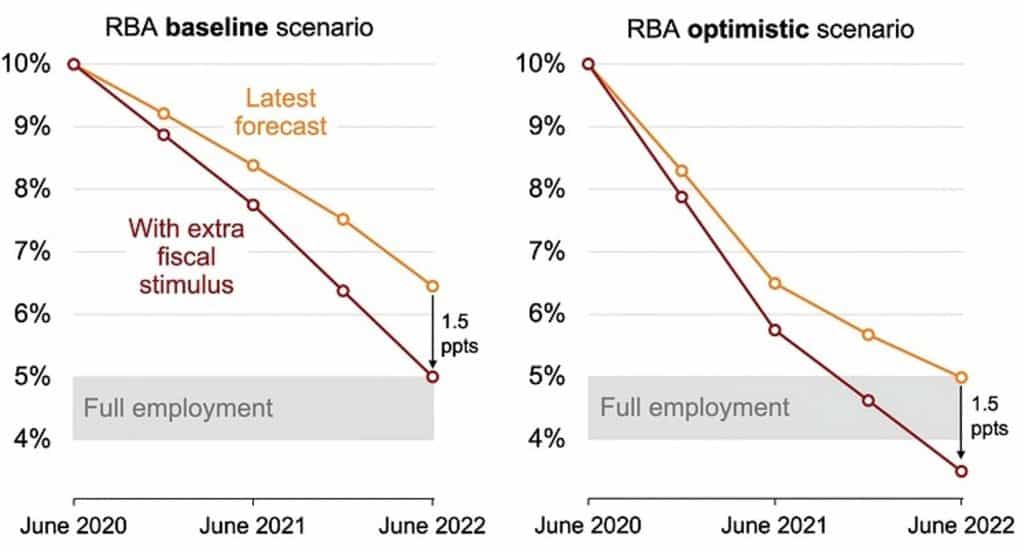 The bank has passed the baton

With the bank’s cash rate already cut to 0.25%, conventional monetary policy (cutting the cash rate) has run out of steam.

The Reserve Bank is advancing cheap money to private banks for onlending to businesses, buying government bonds to keep the three year bond rate near 0.25%, and has pledged to keep the cash rate at 0.25% for the next three years.

The bank can and should do more, but the rest will have to be done by government spending and tax measures, so-called fiscal policy, of the kind that has already been proved effective in suppressing unemployment.

We estimate that reducing unemployment by 1.5 percentage points by mid-2022 would require additional stimulus of A$70 billion to A$90 billion over the next two years, equivalent to between 3% and 4% of GDP.

This is on top of the more than $160 billion committed to JobKeeper and other coronavirus supports to date.

Here’s how we make the calculation.

First, to reduce unemployment by that much we estimate that real gross domestic product needs to grow by about 4 percentage points more than forecast over the next two years.

The estimate is based on previous work by economist Jeff Borland. Jeff kindly updated his calculation with us for this article, finding that each one percentage point increase in annual GDP growth reduces the unemployment rate by around 0.38 percentage points.