How we project future trends in home ownership - Grattan Institute

How we project future trends in home ownership

Grattan Institute’s 2018 Money in Retirement report projected important changes to homeownership rates in Australia, especially among retirees. These were picked up recently in an article we published in the Conversation.

Here’s how we did it.

We don’t have access to the micro data from the Census waves, so we can’t track the homeownership decisions of individuals, like in a longitudinal survey. But because the Census is such a large survey, we can track how homeownership rates change as cohorts age between the Census dates – what we call “quasi-longitudinal” analysis.

We calculated this quasi-longitudinal change in homeownership for each cohort from ages 25-34 to 85-94 (Table 1).

Note: Homeownership rates here differ from our 2018 report, Housing Affordability: re-imagining the Australian Dream, because home-ownership is calculated on a by-person basis instead of a by-household basis.

Second, we projected future homeownership rates by applying these historical trends to our most recent data: the 2016 Census wave.

Homeownership rates typically increase as people age: it takes time to assemble a deposit for a home, and many Australians aren’t starting families until later. Our core modelling assumption was that as cohorts age in future, their rates of homeownership will increase at the same rate as rates of homeownership increased with age for older generations between 2006 and 2016. In other words, the quasi-longitudinal changes will be constant over time. 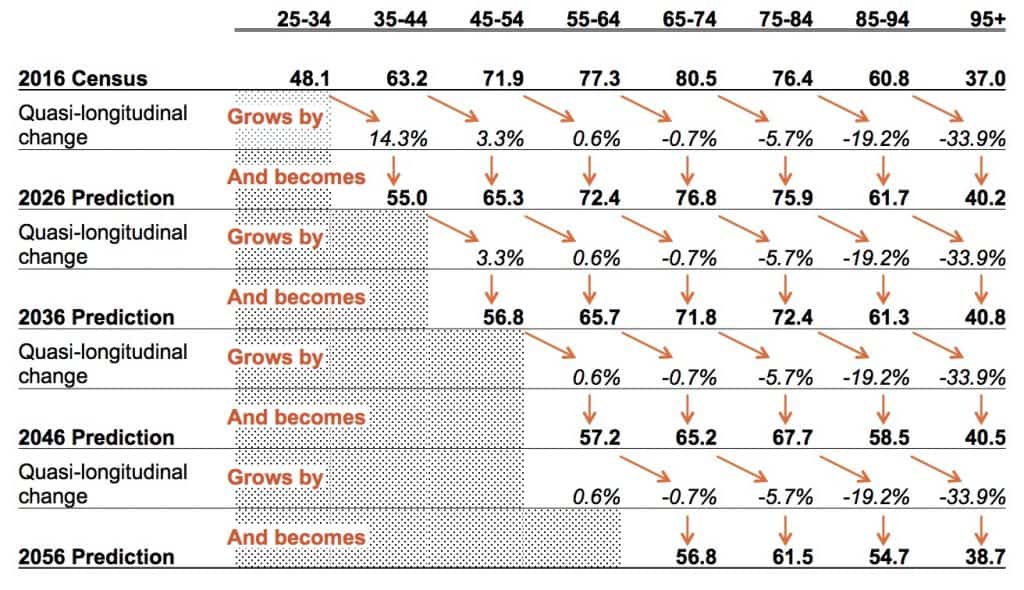 We believe this is a reasonable assumption. The increase in the time required to save a deposit on an average home – from an average of 6 years to 10 years – means many younger Australians have had to delay purchasing a home. But if worsening affordability means that the rate of increase in home ownership at each age is slower than the past then we will underestimate the decline in home ownership for each cohort as they age.  And your chances of owning a home certainly depend much more on your income than it did in the past.

And while all those homes owned by older Australians today will eventually be passed on as inheritances, that’s unlikely to prop up the home ownership rate in future. Inheritances tend to transmit wealth to children who are already well-off. Those who will receive a house as an inheritance will be more likely to own their own home already. And those homes that are inherited will be shared among beneficiaries.

Another assumption we make is that every time 10 years passes, all members of the cohort aged 95+ pass away and are replaced by the previous cohort aged 85-94. That won’t be true in practice, but it shouldn’t affect our projections for the over-65 cohort as a whole. And rates of home ownership among 95+ year olds are much lower than older retirees.

Our final step was to take the homeownership rates from each of the four cohorts aged 65 and above and use ABS population forecasts to create a weighted average.

So what’s going to happen to home ownership among retirees?

And while we don’t project homeownership rates for different income groups due to data limitations (we have the necessary Census data on homeownership rates by age and income only for 1981 and 2016), it’s more than likely that less than half of low-income retirees will own their homes in future, down from more than 70 per cent today. 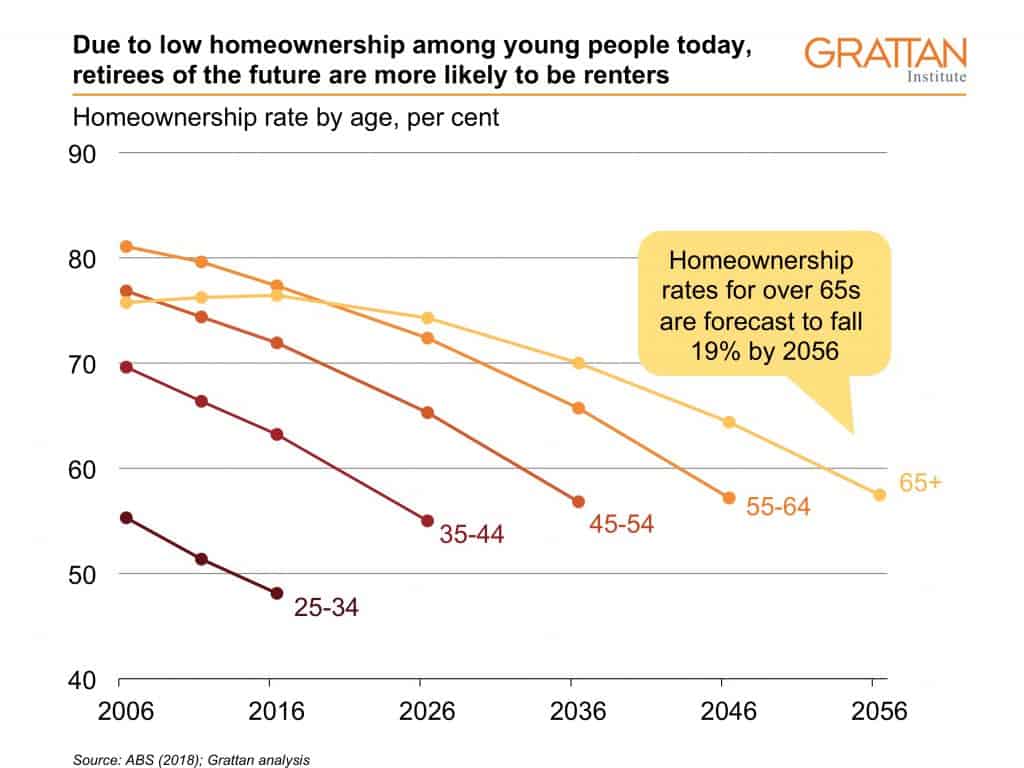