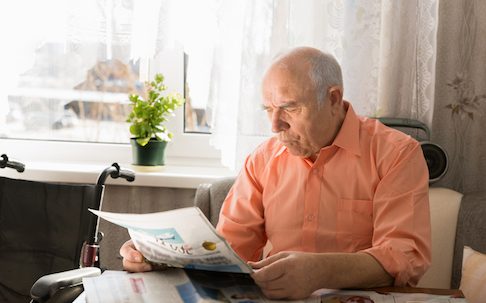 Ignore the fear factory – retirees are going to have enough cash

Everywhere you turn, you see messages that most people aren’t saving enough for their retirement.

So it’s curious that the group least worried about having enough money in retirement are people who are already retired. Far fewer of them suffer such severe financial stress that they skip a meal, can’t pay the electricity bill, or the like. And fewer of them go without things like annual holidays.

That’s not surprising when you look at the numbers. Most people aged 65-84 today have more income in real terms than they did 20 years ago when they were of working age. They are spending on themselves about as much as they did 20 years ago (obviously they’re spending less on their children). Many of them are net savers in retirement. And this is true up and down the income distribution.

Not surprisingly, the small minority of retirees who don’t have enough money are renters, with no income other than the Age Pension, particularly those living in Sydney and Melbourne. And even they are no more likely to be financially stressed than workers who rent. Much more vulnerable are renters under 65 on income support (remember – Newstart pays $550 a fortnight; the Age Pension pays $916).

The current generation of retirees had a lot of lucky breaks. It benefited from rapid growth in real wages (which flowed through to the Age Pension), high home ownership for both rich and poor, a jump in asset prices as interest rates fell, and some one-off superannuation tax-giveaways to high-income earners.

But future retirees are also likely to have more than enough money in retirement.

Grattan Institute has published new research. Money in retirement: More than enough, which shows that most Australians will have enough income in retirement to deliver a lifestyle as comfortable as they enjoyed while working.

So why are people so worried about retirement?

The short answer is that they read the papers. And Twitter (there’s an ad that routinely pops up in my feed from a financial services provider). And these are filled with messages churned out by the financial services fear factory that is dedicated to making you worried about not having enough money in retirement, and convincing you to save more in their products.

Often these messages are supported by analysis that makes a big assumption about retirement incomes that is widely divergent from reality. They assume that people will have enough money in retirement only if their living standards in retirement keep rising in line with the living standards of those who are still working. Implicitly, someone only has enough if their real income at age 90 is 22 per cent higher than when they were 70.

In reality, however, people’s inflation-adjusted spending typically declines by about15 per cent between 65 and 85, particularly on travel and recreation. Spending on health goes up a little (not least because private health insurance tends to rise faster than inflation), but the government foots the vast bulk of seniors’ health bills.

Thus most people who save as much as they are told they “need” are effectively saving to leave even larger bequests.

This has big implications for policy. First and foremost, there is no case to increase the superannuation guarantee from 9.5 per cent to 12 per cent. Given the interaction with the Age Pension assets test, it won’t increase retirement incomes materially for those in the bottom 50 per cent. It will reduce everyone’s income while working. (Employers are likely to pass on increases in super through lower wage rises.) It will reduce the Age Pension for both current and future retirees. (Lower wage rises flow through to lower increases in the Age Pension.)

And ditching the increase in the super guarantee will save the budget about $2 billion a year. It is a myth that savings on the Age Pension outweigh the tax concessions on superannuation. This is only true in the very long term: on the latest projections, Age Pension savings will be slightly greater than superannuation tax concessions for the first time in about 2060 – and by then there will be 70 years of budget losses to pay off.

That’s $2 billion that could be much better spent. If we’re really worried about poverty in retirement, an extra $300 million a year on Rent Assistance for retirees who rent would go much further – and another $900 million would boost Rent Assistance by 40 per cent for recipients of working age.

And $1 billion a year could soften the asset taper for the Age Pension. There are currently significant groups who can save $100 while working, and get less than $100 back in income in retirement (including using their capital). That’s because an extra $100 of assets reduces their Age Pension by $7.80 a year, even though it’s unlikely to earn that much. You don’t have to be a small government fanatic to be uncomfortable with tax rates over 100 per cent.

So we should all worry less about having enough money in retirement. And government should set policy accordingly.