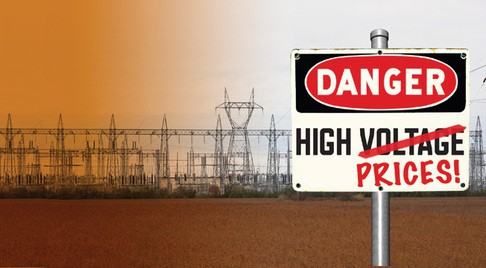 Ignore the scare campaign about privatisation

Published by The Drum, Monday 23 March

After years of prevarication by his predecessors on both sides of politics, New South Wales Premier Mike Baird wants to privatise electricity network assets as a way to fund investment in other new infrastructure.

But, hanging over Premier Baird’s campaign for privatisation is the shadow of the Queensland election where retention of government ownership was seen as key factor in the Labor win. Now, the NSW Labor Opposition is strongly campaigning with claims that privatisation will mean higher electricity prices and a less reliable network with more blackouts. Neither of these claims stands up to an examination of the evidence.

First, let’s look at prices. The Victorian government privatised their electricity businesses around 1995. There was no material increase in consumer prices in Victoria following this decision as shown by detailed information published by the Australian Bureau of Statistics. Network prices make up about half of the price paid by households and they vary significantly across the various Australian businesses. In a recent report, Ernst and Young noted that while typical network bills in Victoria increased by 62 per cent from 1996 to 2013, they increased in NSW and Queensland, where the businesses are government-owned, by 212 per cent and 285 per cent respectively.

The evidence is that transporting electricity from generators to customers costs more when the businesses are government-owned. In 2012, a Grattan Institute report (Putting the customer back in front: how to make electricity prices cheaper) provided a detailed comparison between government and privately owned businesses. According to that report, government-owned companies spend more on capital investment and operations than private companies. In fact, if the government-owned businesses had spent as much on operational expenses as the average of the private firms with equivalent customer density, their operational expenditure would have been lower by about half a billion dollars per year.

In November 2014, the Australian Energy Regulator (AER), in its first Benchmarking Report, assessed the relative efficiency of the Australian distribution businesses. It concluded that the privately-owned Victorian and South Australian businesses “appear to be the most productive” in comparison with the government-owned businesses in NSW, Queensland and Tasmania.

The prices charged by the network businesses are set by the AER, and these higher costs have generally been passed through to consumer bills. However, in its draft pricing decision in late 2014, the AER rejected more than 30 per cent of the total revenue sought by the businesses in NSW. The draft decision suggests that the AER is intent on sinking its teeth into excessive costs regardless of ownership.

Second, privatisation has not affected network reliability, standards for which have historically been set by state governments.

Reliability standards were increased about 10 years ago in Queensland and NSW when a series of blackouts led governments to overreact and overbuild their power networks. Large expenditure increases followed and prices skyrocketed, but there was no compelling evidence that reliability improved in those states relative to networks that spent less.

Electricity networks are natural monopolies. For most of the 20th century, government ownership was considered necessary since private owners able to charge monopoly prices could harm the economy and vulnerable consumers. In recent decades, developments in economic regulation enable society to avoid the pitfalls of monopoly pricing while reaping the benefits associated with private sector ownership and operation.

Much has been made in recent days of a UBS report indicating that while privatisation would deliver a positive impact on the NSW economy that may not apply to the long-term impact on the budget. The outcome will depend on the sale price and what the NSW Government does with the proceeds.

Selling an income-earning business such as an electricity network and investing a similar amount in infrastructure that does not directly earn income might very well represent a net drain on the budget. However, these may be precisely the infrastructure projects where government investment does deliver the best economic outcome for the state.

Whatever the results of the impending election, it will be an opportunity lost for NSW and a setback for economic reform if scaremongering determines the outcome.